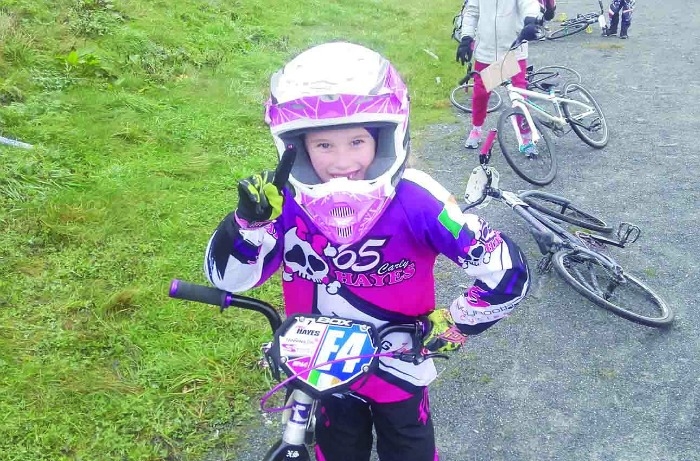 YOUNG Tallaght BMX racer Carly Hayes will be looking to build on a great year of racing as she gears up for a number of big challenges in 2017.

The seven-year-old competitor was crowned National Number One in the Girls 7-10 division at the close of 2016 – a superb achievement given that she was one of the youngest contenders in the group.

With the 2017 BMX season almost here, Hayes is training hard and has already made several trips to the UK over the winter.

There she is competing in the Manchester Indoor Winter Series in which she is currently leading the way with only two rounds to go.
Among the main events she will be targeting after that will be the British National Series which is due to start on March 25.

The Irish National Series, starting April 9, will also be very high on her agenda while, in July, Hayes travels to Bordeaux for the 2017 European Championships in which she will represent Ireland and bid to improve on her fourth place finish in the 2016 event.