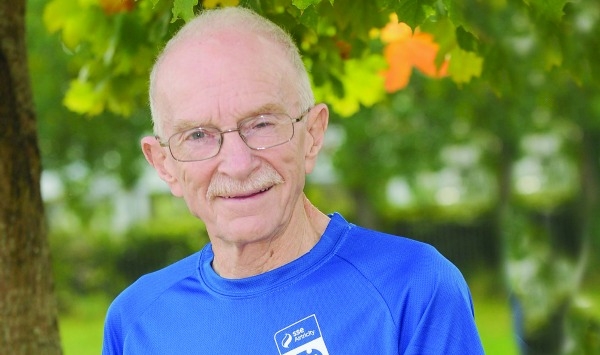 Tallaght’s marathon man warms up for his 100th race

AT ONLY 77 years young, Glenview resident Sean Lambe is set to take on his record 100th marathon in 32 years this weekend as he takes part in the 36th annual Dublin Marathon.

Determined Sean, who began running at 45 years old and faced his first marathon in 1983, has been gearing up toward his 100th marathon event having recently overcome an Achilles tendon injury.

His love for running has seen him travel all over the world to take on marathons in Beijing, Boston, New York and many parts of Europe, while fundraising for charities such as Enable Ireland and Crumlin Hospital.

He will join with thousands of runners and walkers who are taking part in the marathon this bank holiday Monday.

Speaking to The Echo about his running experiences, Sean said: “I started running with the Dublin Marathon, and I first took part in it in 1983 at 45 years old. From there, I just got hooked. Now that I’ve retired, I’ve got more time for running.

“It’s very fitting that I’m now about to hit my 100th marathon where it all started. I never dreamed that I could travel the world – it’s a great life and I’ve made so many friends along the way.

“My running partners and I call ourselves Team Tymon, and we started going away to take part in marathons in the early 2000s. I go training four or five days a week and race on Saturday and Sunday. The park runs now are great.”

Sean is now looking forward to taking part in his 100th marathon, and he said it was a “long time coming”.
He said: “I’ve been a consistent runner during the marathons, but I don’t chase time anymore.

When you’re running, you don’t think of doing your 100th marathon, but as it’s been getting nearer you think about taking part in a few more.

“I injured my Achilles tendon during my 98th marathon last year in Clonakilty and my 99th marathon was in Longford.

“I’ve been building up my training, but I’ll be resting now before the marathon. You learn as you go along. When I first started there was no information for everything like there is now. There are so many people running now, young people and many people around my age. It’s great to see.”