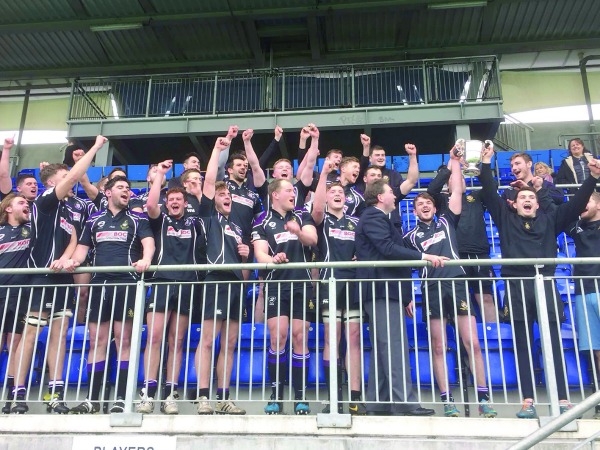 TERENURE College RFC seconds completed a superb double after they beat MU Barnhall 21-7 to land the Metropolitan Cup for the second year running.

Only a week after they had secured the Metro League crown with a 49-7 point drubbing of UCD, this Terenure outfit, which is led by a strong team of Conor Gildea, Des McCann, Ian Walsh, Gerry Walsh and Will Moore, were looking to follow up on that with cup success when they travelled to Donnybrook on Sunday.

Yet it was their opponents who made the better start, racing 7-3 in front only to see Conor Kelly respond for Terenure when he broke over for their first try of the match.

Mark O’Neill then split the posts with a penalty from distance to leave them 11-7 up by the halftime recess.
With Barnhall having a man sinbinned midway through the second period, Terenure capitalised when powering over from a line-out to extend their lead to nine points.

And they continued to turn the screw on their opponents with backs Niall O’Sullivan and Paddy Thornton turning in a strong performances while Niall O’Sullivan made certain of the win with the game’s final touchdown.

They went close to another score when tighthead Tiarnan Creagh produced a superb crossfield kick that was caught by Conor Kelly who would almost certainly have put Ciaran Quigley in for the try had he not been held up.

Alex Dunlop, who was coming in to replace the injured Niall Lawlor, also made his presence felt at Number 8.

Elsewhere the Terenure firsts made certain of survival in Division 1A after they beat Old Belvedere on Saturday.

Tries from James O’Neill, Jake Swaine, Adam Clarkin and Rob Duke were enough to see them over the line in their bid to remain in top flight.