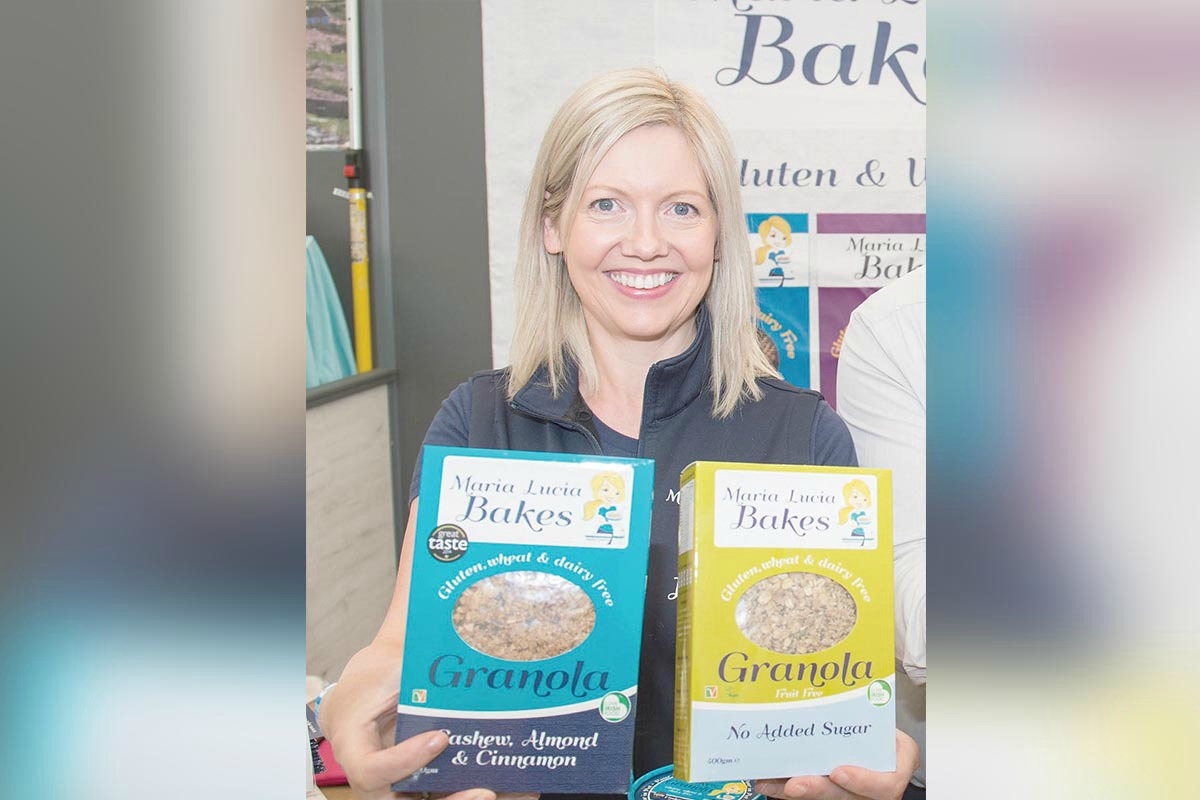 The company was established in 2013 by Maria Betts and has gone from strength to strength, supplying over 400 stores across Ireland from a base in Rosedale Lodge, Barton Avenue, Rathfarnham.

Maria’s range of gluten-free cereals, will also be showcased at the upcoming Bite Food Festival, which takes place in the RDS from November 18-20.

The success of Maria Lucia Bakes began when Maria adapted her granola to suit a staying friend’s gluten-free diet.

“I was making granola for years anyway, and when I made a gluten-free version, my friend commented that you couldn’t buy something like it anywhere,” said Maria.

“That was just three years ago. Now we’ve started exporting to ten stores in Oslo in Norway, and we’ve just brought out single portion ‘on-the-go’ pots of porridge and granola, which won an innovation accolade at the recently-held Free From Food Awards.

“Where possible I try and use natural ingredients as we’ve noticed a growing demand for healthy, gluten-free foods nationwide”.

The range of hand-baked, gluten-free, dairy-free and wheat-free products, include a no-added-sugar granola, cranberry, coconut and chia seed granola.

Bite 2016 will showcase the best of Ireland’s artisan food and drink producers to audiences of over 20,000 in the run-up to the Christmas season.

This year’s festival will feature a range of winners from the Blas na hÉireann Irish Food Awards.

Full details can be found at www.bitefoodfestival.ie