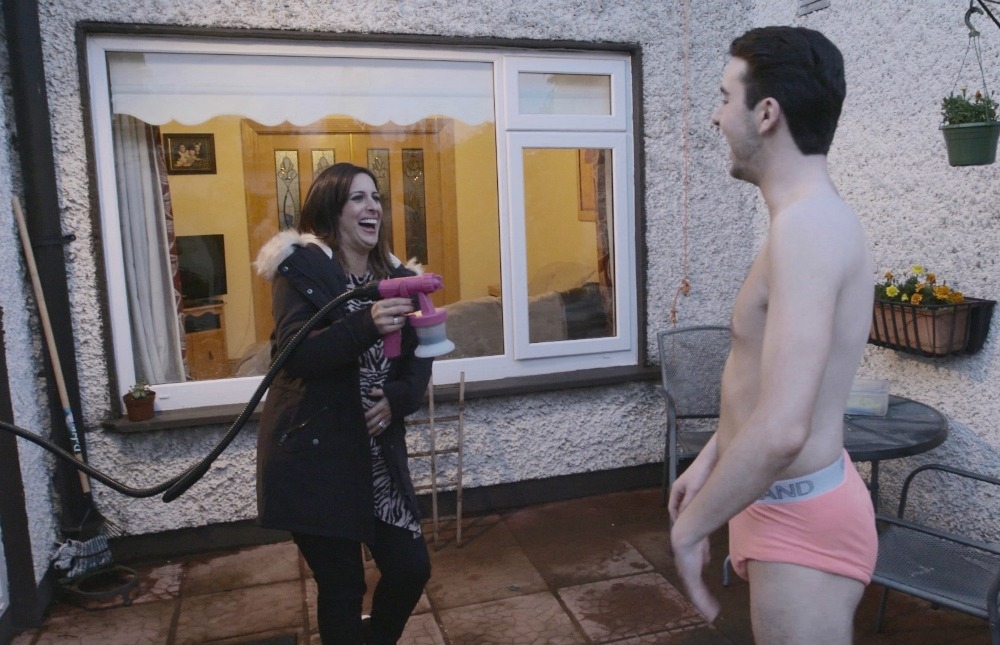 We loved Al Porter on Living with Lucy last night

There were a lot of laughs on Living With Lucy last night as Tallaght’s Al Porter welcomed Lucy Kennedy into his home in Springfield.

The IFTA winning comedian also offered up an insight into his life off stage, showing a different side to the funny man.

At one point Al spoke about the issue of mental health and how many young people his own age in Tallaght are struggling with living up to false expectations.

He said: “I think it is a sense of directionless and confusion.

“My generation, when we were being raised in school, it was still the Celtic Tiger era and we were always being told, ‘you have so many opportunities in life’.

“Then the economic crash happened just as we were leaving, and we leave school and then we were told, ‘oh, there is nothing here for you’, after 10 years of being told ‘you won’t believe the opportunities you are going to get’.

“A lot of people went through some really hard times around here.”

Al also mentioned how his dad had built a bench, located next to a Tree of Hope in the grounds of St Mark’s church.

The bench had been donated anonymously, and members of the Tallaght Tree of Hope group took to Facebook after the show aired last night to thank Al’s dad, Mick.

The hour long show was filled with hilarious moments, which included the comedian treating Lucy to his favourite take-away meal, a mega spice-box from North Park, while he gave us all a laugh when he stripped to have his false tan applied in his back garden.

A backstage look ahead of his opening night in Vicar Street also gave us a glimpse of the dedication Al applies to his craft, and viewers were thrilled with the show.

Great programme with Al Porter. How so natural the guy is. As I witnessed myself such a down to earth person. Well done Lucy #LivingWithLucy

Pints, spiceboxes and talking about getting the ride I wanna be roomies with #alporter #LivingWithLucy #tv3

A night in Al’s local, the Dragon Pub in Tallaght village, finished off the show and brought to a close a really enjoyable look into the life of one of Ireland’s rising stars.

NEWER POSTTallaght based food project named on short list for awards
OLDER POSTBudget 2017: The main points you need to know