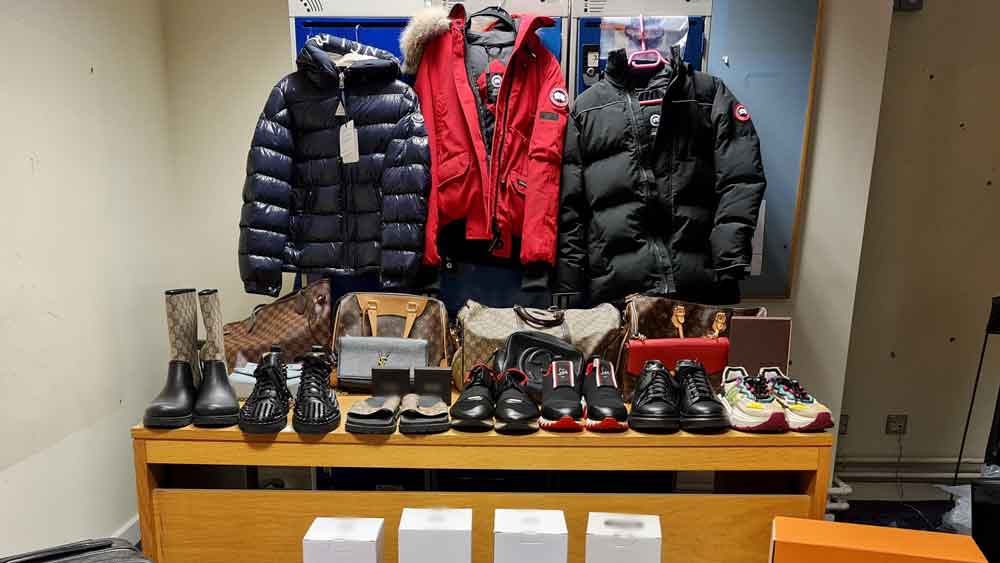 Some of the items seized by gardai in a property in Tallaght (Pic: An Garda Siochana)

GARDAI seized weapons, cash and over €100,000 in designer goods following a search in Tallaght this week.

At approximately 12pm on Wednesday, December 21, gardai attached to Rathmines, assisted by DMR South Units and the Garda Dog Unit executed a warrant at a property in Tallaght.

According to a Garda statement released: “During the search Gardaí seized a number of weapons including a machete, bat and hatchet, approximately €6,000 in cash and a number of items of designer goods.”

Gardai said that no arrests have been made and investigations are ongoing.