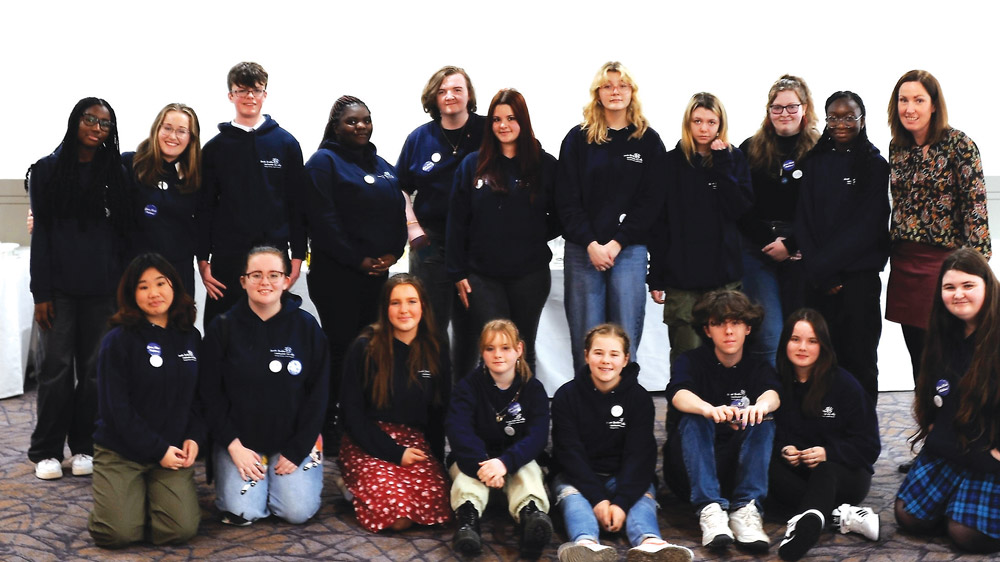 Young people speak out about their challenges and issues

YOUNG People from South Dublin identified drugs and addiction, general mental health and pressures at school as the key issues and challenges facing their lives today.

The young people aged between 12 and 18 were speaking out at the Annual South Dublin Comhairle na nÓg Youth Conference in the Maldron Hotel, Tallaght last week.

In particular, young people have decided to concentrate their efforts for the coming year on vaping, lack of community supports and the impact of drug use on families and communities.

The purpose of the conference, which was officially opened by the Mayor Emma Murphy, is to give young people the opportunity to speak out and discuss the key issues affecting their lives.

Following debate and discussion the young people then vote and agree on key areas to focus their time and efforts on for the coming year.

The Conference, organised by Foróige and South Dublin County Council was attended by eighty young people from schools and youth services across South Dublin.

Speaking at the event, Mayor Emma Murphy said, “As well as identifying their key objectives for the coming year the South Dublin Comhairle na nÓg members also showcased their work for last year.

“This work focused on mental health. The young people designed and created posters and a video which will be distributed to schools, youth services and community facilities”.

Noeleen O’Brien, Comhairle Coordinator, said “This was the first in-person South Dublin Comhairle Youth Conference since 2019 so it was fantastic to have young people together. This event is not just a talking shop, young people have a real say in policy development/service delivery in their communities, are the main vehicle for consultation with children/young people, and they take action.”

Organisers say the conference was a huge success with very positive feedback from young people who felt their voices were heard and that they had great fun in the process.

The first meeting of the Comhairle will take place in December and the members will work on the topic of drugs and addiction as identified,. Meetings after this are about every four weeks.