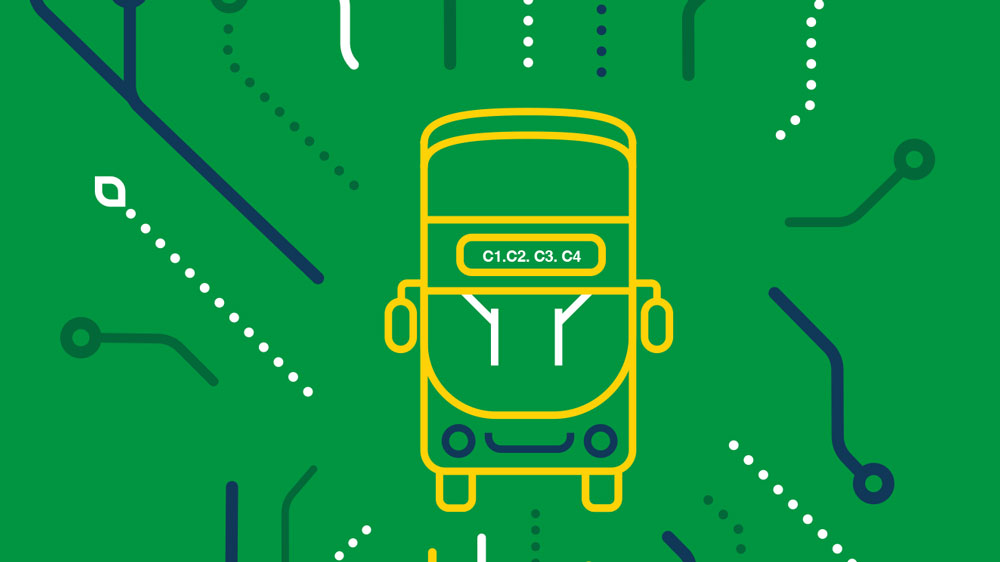 The new Bus Connects network is rolling out across local communities

Your Bus Network is Growing

The new BusConnects network has started rolling out across Dublin this year.

Phase 2 will be launched on 28th November in West Dublin and East Kildare, providing improved service from areas such as Maynooth, Leixlip, Celbridge, Lucan, Adamstown, Liffey Valley and Palmerstown towards the City centre, Ringsend and Sandymount.

Two night-time routes (C5 and C6) will also be introduced, in addition to the new 24-hour service on the C1 and C2.

These night-time routes will operate hourly and follow a similar routing to the C3 and C4, but will serve Chapelizod.

The C5 will also serve River Forest and Green Lane.

This phase will increase the overall capacity in these areas with better all day service frequency with the combined frequency along the spine every 8 minutes; and four routes (C1, C2, C5 and C6) that operate to the city centre through the night to assist shift workers and support the night-time economy. 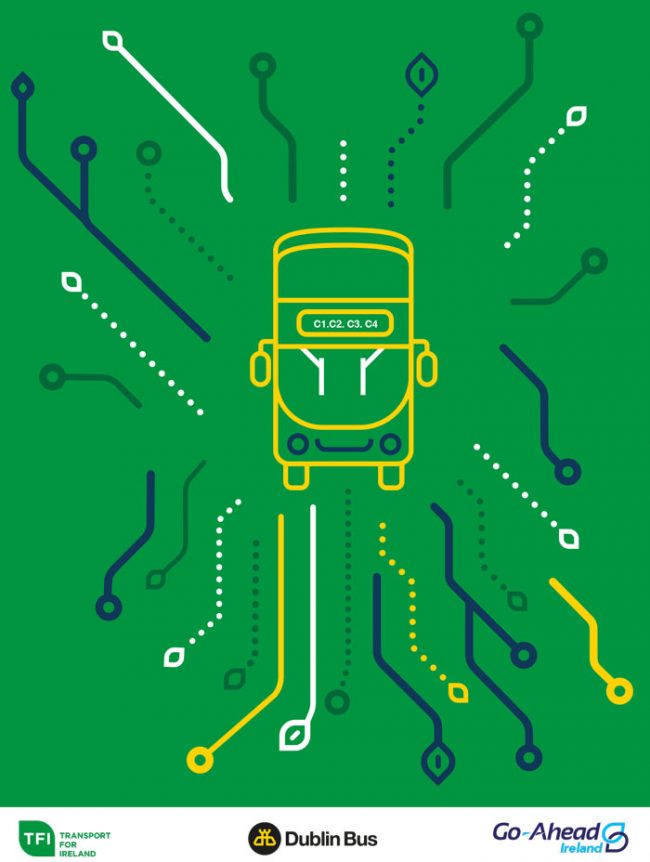 -(L52) This provides a new connection to rail at Adamstown Station and upgrades the current link to Blanchardstown.

-Route L53 will provide a half-hourly service between Adamstown Station and Liffey Valley passing through residential areas in South Lucan including Balgaddy and Fonthill Road.

-Routes L58 and L59 provide a joint service between River Forest and Hazelhatch Station via Leixlip village and Hewlett Packard (L58) or Celbridge (L59). This provides long-requested links to rail at Hazelhatch and the first-ever all-day service in the residential areas of Celbridge.

There will be additional changes to some existing routes, including route 1, which will now run between Santry and the City centre and will no longer serve Sandymount, and routes 15a, 15b and 15d will no longer operate to Ringsend Road, and will instead terminate/commence at Merrion Square.

Existing route 26 will be also be significantly enhanced to ensure capacity for Chapelizod and Islandbridge, with services running every 10 minutes at weekday peak times and every 15 minutes for the rest of the day.

Some of the many benefits of the new BusConnects network include additional capacity and increased frequency, especially at evenings and weekends, and improved ticketing to allow for free interchange between services.

More 24-hour services will be introduced and the programme will offer passengers more streamlined travel.

Phase 2 will also see the introduction of the TFI 90 Minute Fare with your TFI Leap Card which will allow customers to interchange with other services seamlessly without having to pay extra.

The TFI 90 Minute Fare will apply to most TFI Leap Card journeys on Dublin Bus, Luas and most DART, commuter rail and Go-Ahead Ireland services in Dublin.

For more details on the changes coming in Phase 2, including route maps and timetables visit the Transport for Ireland website HERE