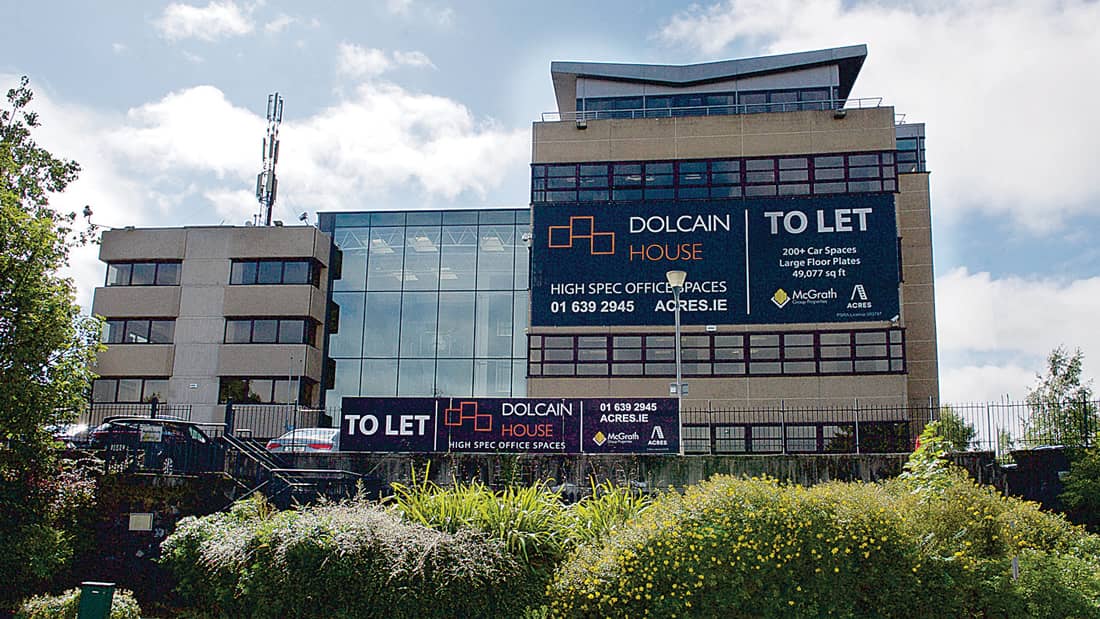 A NEW Strategic Housing Development for 130 apartments, is planned for a site in Clondalkin.

Filed on January 21, 2022, the application is for the demolition of an existing single-storey shed, ESB sub-station and oil tank on the north-eastern section of the subject site.

It also encompasses the change of use of three existing blocks (A, B and C) at Dolcain House which range in height from four-to-five-storeys over basement with modifications from office use to residential use.

Alterations to the existing blocks will include the removal of the fourth floor level and replacement with a new fourth floor at Block A only.

There is provision for an additional floor level to all blocks with two setback floors proposed to the atrium to now provide for a height of four-five-six storeys to Blocks A, B and C.

An artist impression of the apartments

Including the construction of a new six-storey Block D to the east of Block B to accommodate 29 apartment units, there will be 130 units overall once the existing units are converted.

An existing telecommunications mast at roof level is requested to be moved as part of the application.

The application is accompanied by two site layout options.

Option A includes a new public pedestrian footpaths along the southern side of Monastery Road which extends east to the north-eastern boundary to accommodate a future footpath.

Option B provides for the omission of this footpath.

The Board is due to make a decision on the application by May 12.

Since June 2017, SHD applications go straight to An Bord Pleanála, bypassing councils and disarming elected representatives from making a decision on a large scale development.

Fast track legislation for SHDs, which was signed into effect by then-Minister for Housing, Eoghan Murphy, for the purpose of meeting the demand for housing, is set to be abolished.

Legislation to end SHDs and and restore the decision-making of large-scale housing developments to Local Authorities such as South Dublin County Council was passed in December.

Following the enactment of the new bill, both LRD and SHD planning consent schemes will operate concurrently until all applications have worked their way through the system.