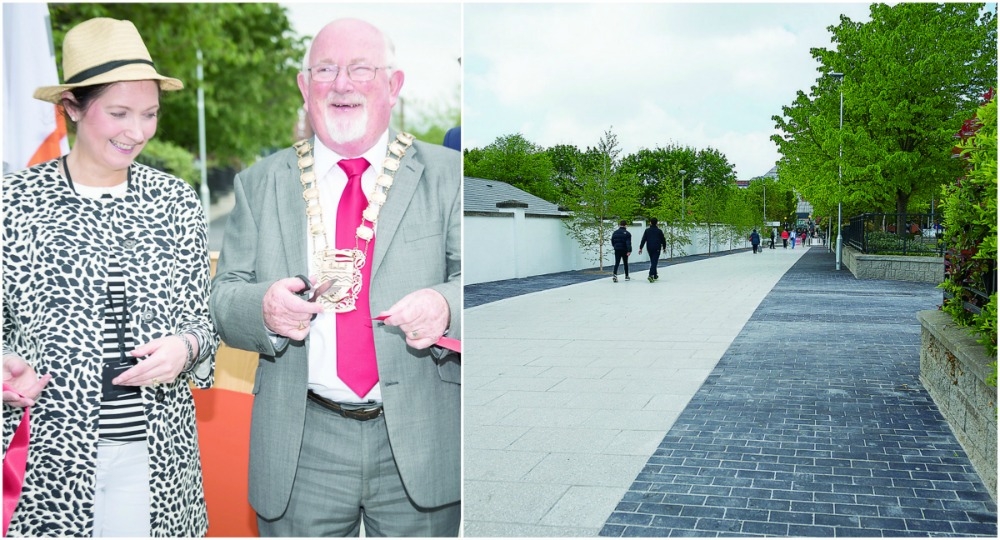 THE €250,000 new-look Belgard walkway has been officially opened by South Dublin County Council, with the revamp hoping to improve safety, reduce anti-social behaviour and encourage more footfall between The Square, the High Street and Tallaght village.

Earlier this year the council embarked on a full refurbishment of the walkway, which included the removal of its blue canopy that in recent years had proved difficult to clean and was in a poor state of repair.

To improve visibility on the walkway, the landscaping was completely reconfigured, with bushes and shrubs removed, and new public lighting introduced.

The existing pedestrian crossing on both Belgard Square East and Belgard Road were also upgraded to improve pedestrian safety.

Speaking at the opening, County Mayor Guss O’Connell said: “We would like to extend our thanks to the members of the public for their patience during the works period, to the management of The Square for its co-operation, to the staff of McDonalds and personnel at the Garda Station for extending us a similar courtesy.

“The aim of this project is to encourage more pedestrian traffic between the locations, thereby encouraging more footfall for local businesses.”

While members of the public queried the four-month timeframe it took the council to complete the project, the local authority confirmed that it was delivered under budget and on schedule.

Fully resourced by the council, the project was designed and managed by the local authority’s roads department.