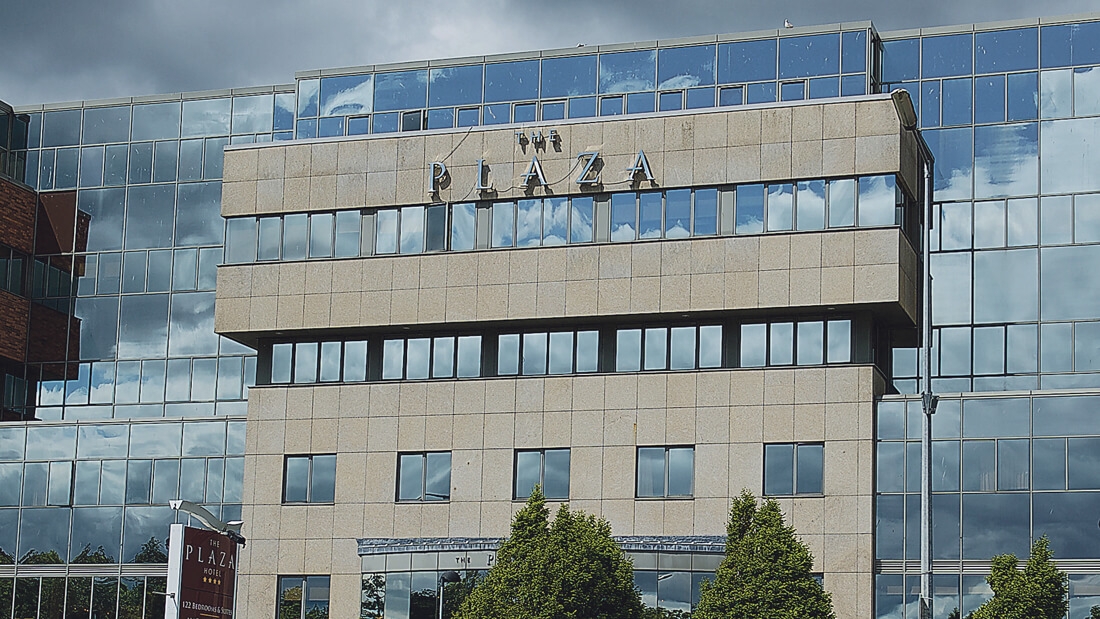 CLOSE to €300,000 has been spent renting overflow space for Tallaght Garda Station in the Plaza Hotel since 2017 – with this figure expected to balloon if costings from when the neighbouring hotel was first used in 2009 are included.

As far back as the late nineties calls for a bigger station in Tallaght have been made, due to the massive increase in the area’s population and infrastructure – outgrowing a station which was built in 1987.

Gardai in Tallaght are using a floor of the Plaza Hotel

However, despite community and political pressure over the past two decades, no movement has been made in relation to extending the current station – or, as some have called for, developing a second station in west Tallaght.

A new light has this week been shone on the issue, after it emerged that more than €120k is being paid annually by the Office of Public Works (OPW) to rent a full floor in the Plaza Hotel.

The relocation of units from Tallaght Garda Station to a floor in the Plaza Hotel started in 2009, with the amount of space being needed growing over the past decade.

The departments currently working out of the hotel include the community police, JLO officers and the child protection unit.

Divisional departments are also located at the hotel, including finance and training.

The figure was confirmed by the Minister for Justice and Equality, Deputy Charlie Flanagan in response to a parliamentary question by Fianna Fáil Deputy, Jim O’Callaghan.

In his response, Minister Flanagan said that one floor of the Plaza Hotel is being rented by the Office of Public Works on behalf of An Garda Síochána to “provide additional office space” for the Tallaght district.

Speaking with The Echo, Tallaght Central councillor Charlie O’Connor (FF) said that the confirmation of these costings highlights once again the need for investment in a station at Tallaght.

“We should be spending public money on the existing Garda station,” Cllr O’ Connor said.

“We need to properly re-develop Tallaght Garda Station into a proper facility, and support the gardai in continuing to fight crime and provide the kind of service that the public is entitled to.”

When contacted by The Echo, Tallaght District Superintendent Ian Lackey said that the station functions well with the use of the neighbouring hotel space, but that everyone under the one roof is the “ideal” situation.

Between 70 and 80 staff members are currently based at the hotel.

“It would be preferable to have everyone in the same station – I am currently trying to get community police back into the main building,” Supt Lackey said.

“There is a good cross-over between the station and [the Plaza] and while the ideal is one location, it does work.

“As always though, we’d never say no to additional resources . . . but to my knowledge there are no plans to add additional accommodation.”

In relation to resources, Supt Lackey said that 18 new officers are en route to the district in June – 13 will be assigned to Tallaght and five to Rathfarnham.