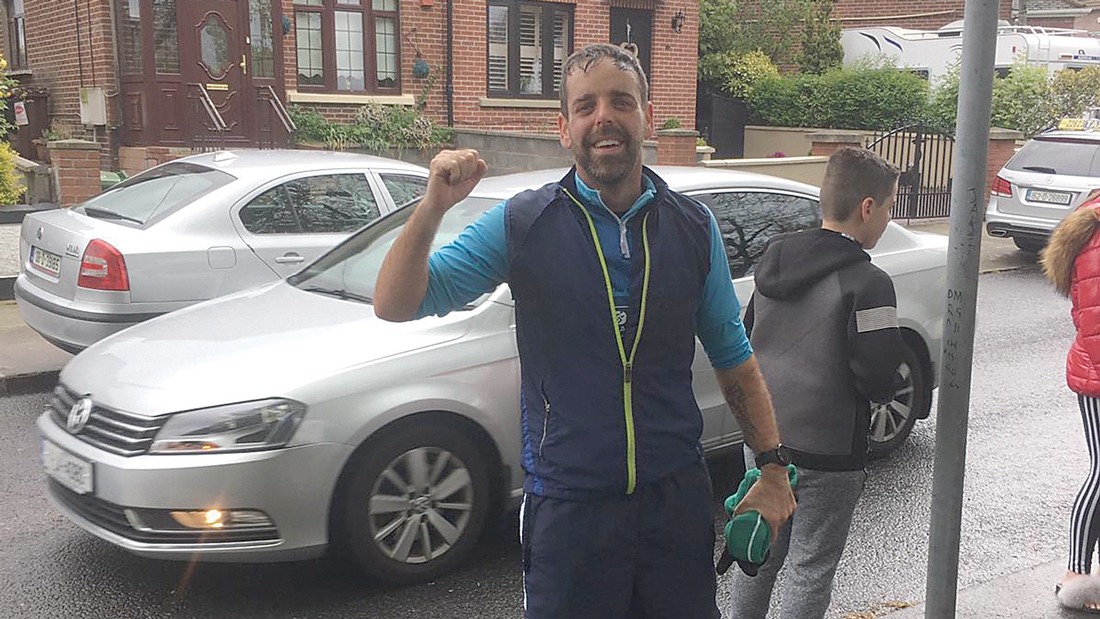 30km every day for a month for Our Lady’s

A BALLYFERMOT man ran 30km every day during the month of April to raise funds for Our Lady’s Children Hospital.

Michael O’Reilly (38), from Ballyfermot Road, clocked up a total of 900km over the course of 30 days for the challenge, which he completed on April 30.

“It is unbelievable, I don’t know how he did it,” said Karl Jeff, a running acquaintance of Michael.

“Michael is in Cherry Orchard Running Club, but we have a local WhatsApp running club with about 15 members. It is great for motivation.

People can go out for a run one day with one person, and someone else can go out the next with another person.

“He is out of work during the pandemic so we said to him that he could do the same challenge as a Cherry Orchard member did in March, which was 1km on March 1, 2km on March 2 and so on.

“But Michael didn’t want to copy that and decided on 30km a day for 30 days, the equivalent of 22 marathons.”

Michael arranged a virtual donation page with Our Lady’s Hospital and donations from residents went straight to the hospital.

“He ran different routes. For his next challenge, he was saying he saw someone doing 100k in a day. This man used to be very heavy a few years ago but I believe this achievement is up there with the best,” added Karl.