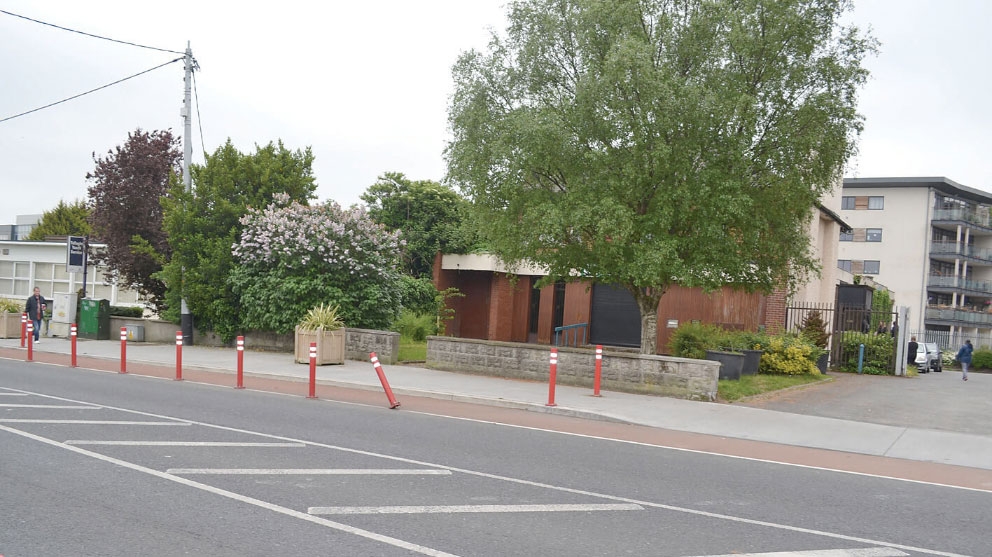 31 apartments will be built on Bruce House site

PLANNING permission has been granted by An Bord Pleanala for the demolition of Bruce House on Main Street Tallaght and for the construction of 31 apartments and one retail unit.

The building which was once home to Bank of Ireland and more recently used by the charity Threshold as a training centre before they moved to a new premises last August.

The plans approved allow for the demolition of the existing part single-storey, part two storey commercial building and the construction of a five storey mixed use building.

As part of the planning, the developer will have to pay the planning authority a financial contribution of €222,153.53 in respect of public infrastructure and facilities benefiting development.

The development plans were lodged by Irish Residential Properties REIT Plc last July, outlining plans for the construction of a five-storey building to house one retail unit and 31 apartment units and were approved by South Dublin County Council.

However, the Bancroft Residents’ Association lodged an objection to the plans, citing concerns about the impact the development could have on traffic in the area, and also suggesting that the development should instead consist of one- and two-storey social housing.

Tallaght Community Council (TCC) also lodged an objection to the plans, stating that the development would “not allow for a mix of ownership” as the apartments are to be owned by IRES REIT, and that this would lead to first-time buyers and local older people who would like to downsize having “no opportunity to become a part of this community”.

TCC suggested that plans for the residential development on the site of Bruce House should instead be replaced by the development of ten three-bed apartments and ten four-bed apartments, while the ground floor should be used for “a commercial or community venue”.

However, ABP granted permission this week with a number of conditions attached.

They are that the west facing windows in the living room of units 101, 201 and 301 shall be replaced with high level windows so to prevent overlooking of the existing residential units to the west in Priors Gate.

The developer shall facilitate the archaeological appraisal of the site and shall provide for the preservation, recording and protection of archaeological materials or features which may exist within the site.

Site development and building works shall be carried out only between the hours of 7am to 7pm Mondays to Fridays inclusive, between 9am to 1pm on Saturdays.

Proposals for a development name, numbering scheme and associated signage shall be submitted to, and agreed in writing with the planning authority prior to commencement of development.