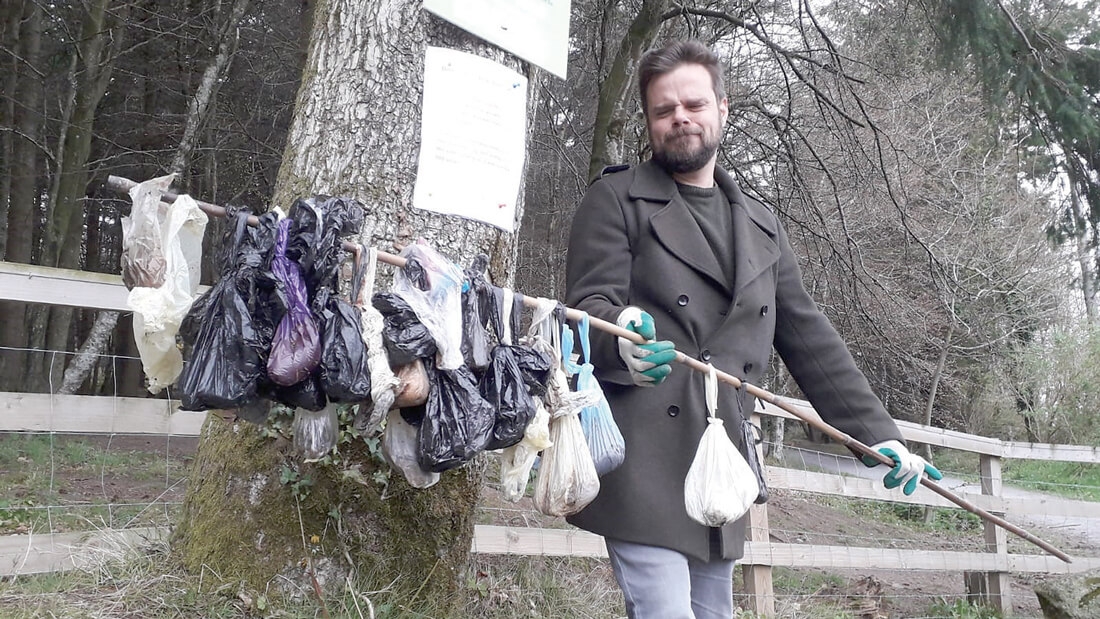 OVER the course of a two-hour walk of the Hell Fire Club, 34 plastic bags filled with dog poop were collected from the grass verges and bushes that line the route to the local landmark.

Alan Edge, an Independent Local Election candidate for Firhouse-Bohernabreena, took to Montpelier Hill last Sunday with a local farmer – in an attempt to highlight the environmental issue.

“We wanted to highlight the problem [of people bagging dog poop and dumping it], a problem we are hearing about right across the constituency”, Alan told The Echo.

“The message is always to leave no trace but if you are not going to bring it home with you don’t bag it… even stick and flick.

“The worst possible outcome is to leave it in a bag, even the bio-degradable bags need to be properly composted.

“Most of the bags we found were normal plastic bags and some zip locks, which last an eternity.”

Alan stressed the impact these bags are having on wildlife and livestock, an issue which has raised concerns for many farming communities and local environmental groups.

Taking to Facebook, Alan asked people to bring their dog’s waste home or stick and flick it into the side undergrowth, where it will degrade naturally in a few days.

According to Alan, people bagging their dog’s waste and leaving it on trees or in shrubs is an issue being raised on the canvassing trail.

While there is a responsibility on each dog owner to clean up after their pet, requests for more bins and additional signage have also been raised on the doorstep.