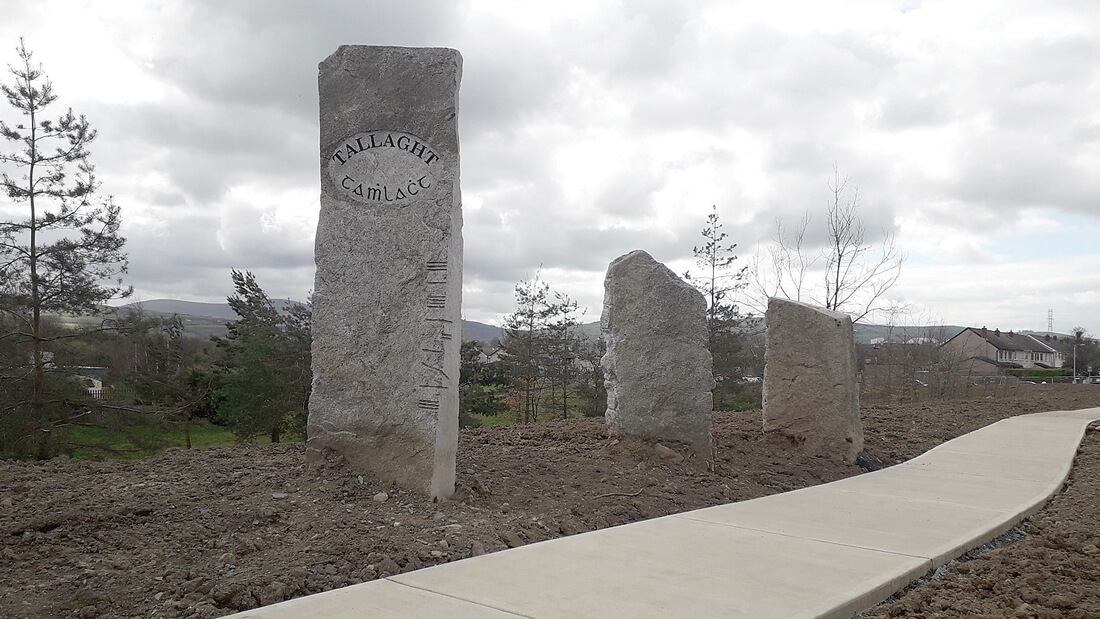 Phase One of the N81 scheme in Tallaght is near completion

Phase one of the N81 scheme will be completed shortly, with a new footpath now running from the M50 roundabout down to the original Ogham stone markers for Tallaght.

South Dublin County Council has earmarked €1.8m in its 2019 – 2021 Capital Budget for landscape improvement works to approach roads in the county, starting with the N81.

Phase one of the N81 landscaping scheme project covers the section of road from the M50 roundabout to Whitestown Way, Phase two commences at Whitestown Way and runs westward while Phase three focuses on the stretch of bypass from the Templeogue area to the M50.

Phase one works, which are due to be completed shortly, include a new footpath, land shaping and forming, new planting on the central median and roadsides and the re-design of the roundabout at Avonbeg.

According to Teresa Walsh, Director of Environment, Water and Climate Change: “As the majority of the works on the N81 scheme are landscape planting works, the careful timing of the construction phases is required to match the available optimal planting seasons.

“The proposed landscape works in the Phase one section have also incorporated an upgrade of the public lighting along a section of the N81 west of the M50, this work is funded by Transport Infrastructure Ireland (TIA).

“In the interim the detailed design of the next stage of Phase one is underway (Avonbeg to Old Bawn Road) and will be tendered shortly.”

New hedges and the planting of large sized oak trees are being planted along the central median of the N81 to create an avenue effect along the roadway.

This new planting will replace the mound which, now removed, ran along the middle of the bypass from the M50 to the Glenview roundabout.

In an interview with The Echo in February, the council said that this planting will “provided air quality amelioration and a softer visual effect along the high-profile access road”.