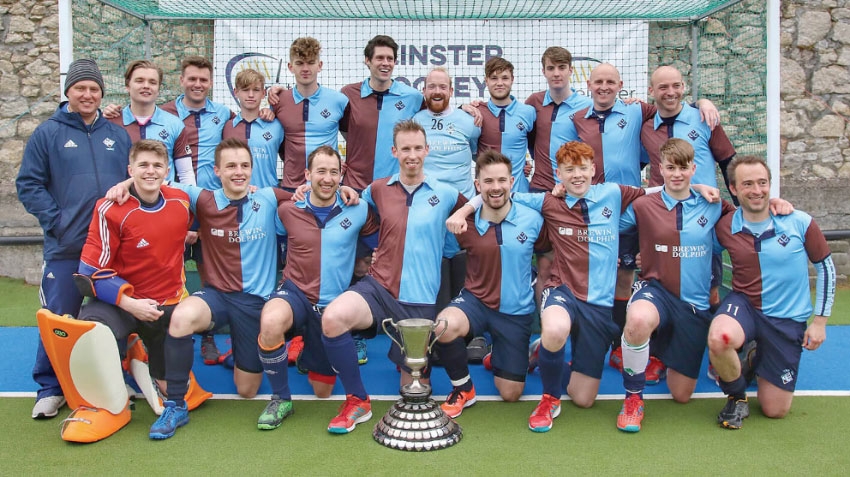 FOUR first half goals saw Three Rock Rovers win their first Irish Junior Cup title since 1998, the one trophy that has eluded their second string for the past five years, writes Stephen Findlater.

They had fallen to two final defeats in that time, but they got off to a flying start in their decider  again-st Instonians  at Grange Road and held firm in the second half to win 4-1.

It followed a fine run in the competition, winning away at Pembroke, Banbridge and Monkstown to earn their place in the decider.

Peter Blakeney’s early shot led to a corner which he dragged home himself, continuing his run of goals in major finals having previously netted in EY Champions Trophy and Irish Senior Cup final victories.

Inst were holding most of the ball during this time but Rovers were ruthless on the break and scored with virtually every one of their meaningful attacks.

One became two via teenager Luke Adams as turnover ball was quickly turned from defence into a shooting opportunity after a slick passing move rolling up three quarters of the pitch which was duly roofed by Finlay Marney from Calum Adair’s cross.

The third was also a beautiful team goal with Ali Empey laying the ball into the path Dave Storey who was barreling forward on the overlap down the right having initially started the move 80 metres earlier.

He slapped across to Evan Jennings who deflected in for 3-0. Empey was one of two sons of the class of 98 in the side, his father Kevin captained back and that  also featured Matthew Walker’s father Simon.

Shane Madeley was credited with the fourth when he cut in from the left side of the circle. Inst stood off long enough for him to line up a reverse which was intended as cross but took a big boot off a defender for the fourth.

The second half saw Instonians carry more threat and they did draw a number of saves from Shane O’Brien with Stuart McNeice orchestrating much of their attacks.

Ross McKnight got one back from a corner with over 20 minutes to go, but they could not find enough openings to go with their good play and Rovers held on for the victory.