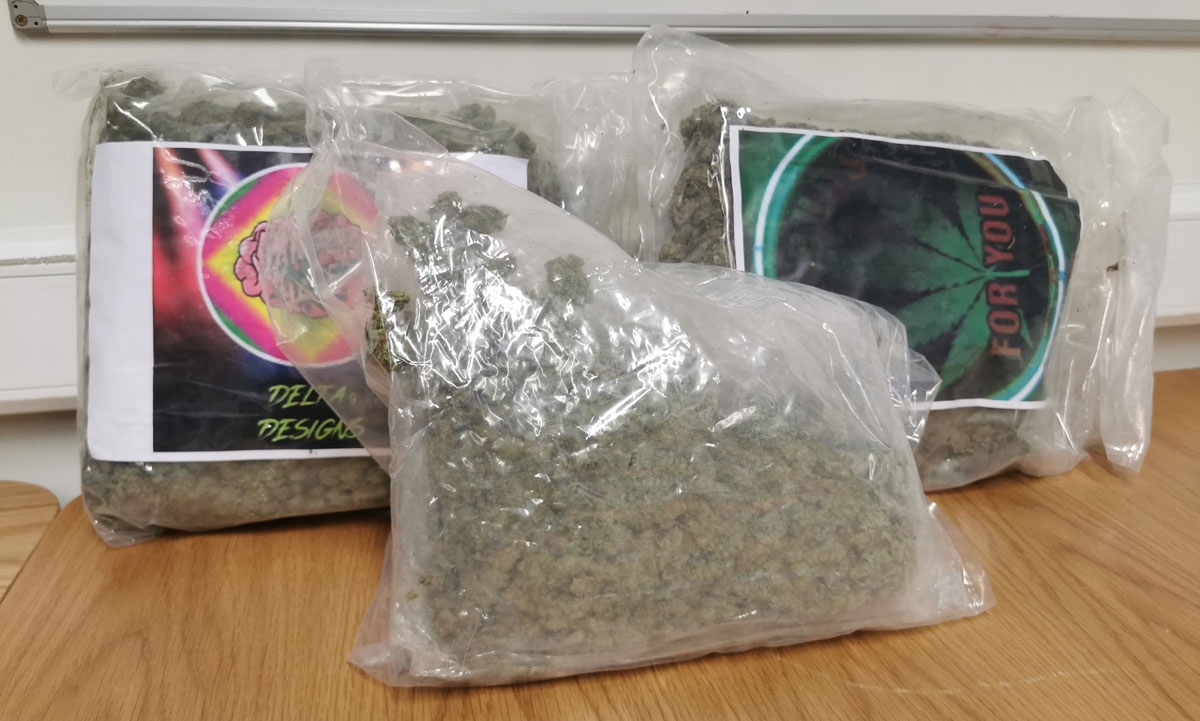 GARDAI seized €60,000 worth of drugs and arrested a 20-year-old man in Lucan yesterday afternoon, Saturday, May 22.

While conducting patrols on the Ballyowen Road in Lucan yesterday, Gardaí witnessed a man getting into a taxi and then throwing several items from the vehicle upon seeing the patrol car.

Drugs seized in Lucan on Saturday Photo by An Garda Siochana

In a statement released to The Echo, Gardaí said:

“Gardaí stopped the taxi and arrested the man (aged 20) and recovered two phones and cannabis with an estimated street value of €10,000 (subject to analysis).

“The man was arrested and taken to Ronanstown Garda station where he was detained under Section 4 of the Criminal Justice Act, 1984.

“During a follow up search under warrant, a property was searched in Lucan and 2.5kgs of cannabis (subject to analysis) was seized with an estimated street value of €50,000.”

The man has been charged in connection to the seizure and was released on bail to appear before Blanchardstown District Court, on Thursday morning, June 17, 2021.