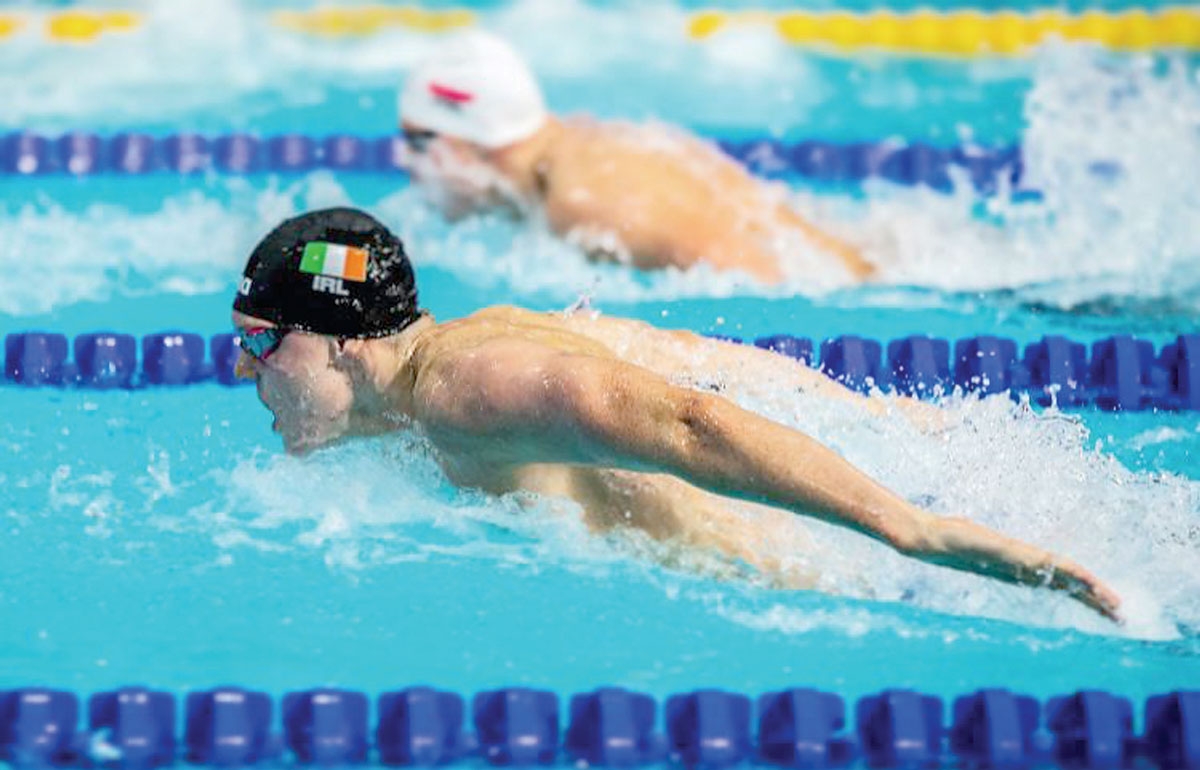 It was a busy morning at the LEN European Aquatics Championships for Brendan Hyland and Ellen Walshe in Budapest as the local swimmers helped to set new record national times for Irish senior relay teams.

Knocklyon native Hyland and his team-mates - Shane Ryan, Darragh Greene and Jack McMillan - clocked 3:34.62 in a 4x100m Medley Relay heat, surpassing the record of 3:35.23 that had previously been set at the 2019 World Championships in Gwanju, South Korea.

More importantly, their third-place finish ensures Hyland will once again hit the pool this evening (approximately 6.11 Irish time) for this division’s final.

No Irish swimming relay team had reached the Olympic Games since 1972 and this gifted quartet will begin tonight’s decider in fifth as they aim to reverse this particular statistic.

Emotions were somewhat mixed for Walshe and her fellow competitors - Danielle Hill, Mona McSharry and Victoria Catterson - in the Women’s 4x100m Medley Relay.

Whereas the previous Irish female record in this category stood at 4:12.29 for three years, Walshe and the remaining triumvirate of swimmers comfortably bettered this time by finishing at 4:02.93.

Unfortunately, Walshe and her compatriots will not get a chance to smash their own record after agonisingly missing out on the final eight for the Medley final by just under one second.

Still, the Templeogue Swimming Club star remains one for the future and can take plenty of positives from her performances in recent days.

NEWER POST€60,000 worth of drugs seized in Lucan
OLDER POSTRyan-Doyle hits another double to guide Peamount to another win