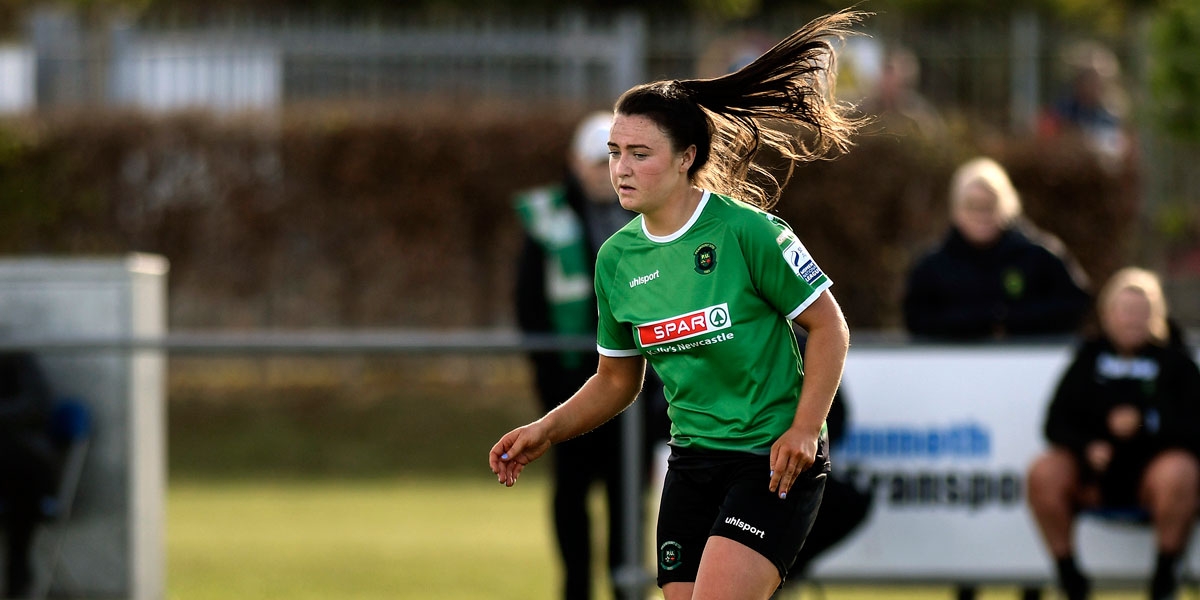 Ryan-Doyle hits another double to guide Peamount to another win

For the second week in succession, Eleanor Ryan-Doyle claimed a brace of goals as Peamount United recorded an accomplished 2-0 victory at the expense of DLR Waves in the UCD Bowl this evening.

On the double in last weekend’s 3-1 success over Cork City, Ryan-Doyle found the net in each half to bring her personal tally for the season up to eight.

Tiegan Ruddy in action for Peamount

It also increased their winning run in 2021 to seven games, in addition to putting them three points clear of Shelbourne at the summit of the Women’s National League table.

Having replaced the duoat home to the Leesiders seven days ago, Tiegan Ruddy and Claire Walsh were drafted into defence in place of Della Doherty and Dora Gorman respectively for this encounter.

In attack, Sadhbh Doyle rekindled her burgeoning strike partnership with Ryan-Doyle by replacing Alannah McEvoy. She was close to breaking the deadlock on her return to the side as she hit the side-netting in the fourth-minute following excellent approach work by Ruddy and Megan Smyth-Lynch.

Lucan native Ryan-Doyle is fast becoming the one to watch in this Peamount team and she made no mistake with a diving header off an O’Gorman cross.

The Newcastle outfit continued to hunt for goals and while they had to be content with a 1-0 cushion at the break, the title holders created further daylight between themselves and Graham Kelly’s hosts just shy of the hour mark.

When a penalty was awarded to Peamount with 57 minutes gone on the clock, Ryan-Doyle stepped up to the plate.

She may have missed a spot-kick against Shelbourne earlier in the campaign, but she made no mistake on this occasion with a coolly-converted effort.

Ryan-Doyle was now in the hunt for a hat-trick and her strike in the 78th-minute just cleared the crossbar after substitute Rebecca Watkins had delivered a delicate through ball.

Nonetheless, her earlier efforts were enough to give Peamount the maximum points on offer.