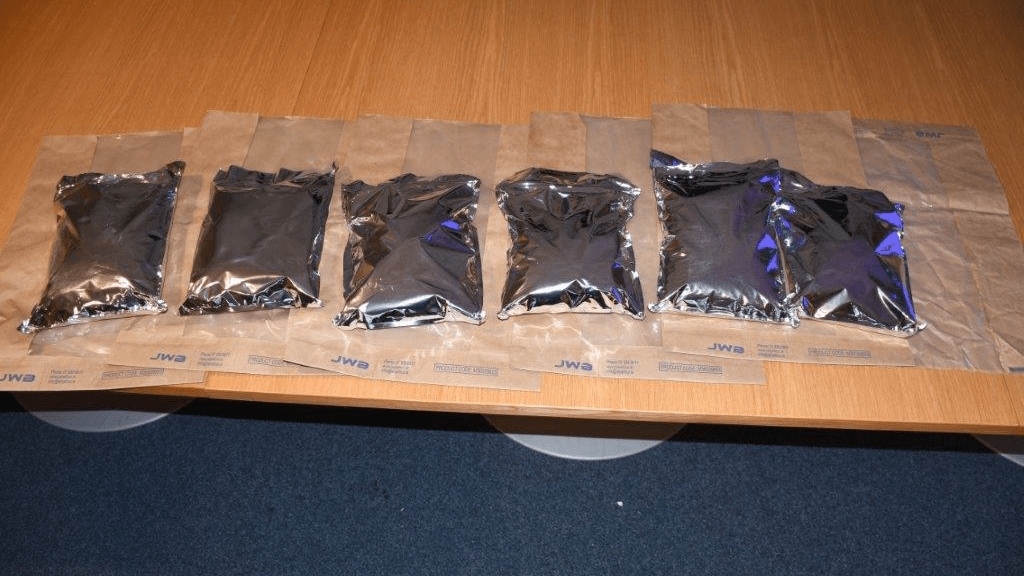 AS PART of ongoing investigations targeting Organised Crime Groups operating in the Crumlin area, a joint intelligence led operation was conducted by the Garda National Drugs and Organised Crime Bureau, the Revenue Customs Service and the Special Crime Task Force on Tuesday.

The operation resulted in the search of a house in the Crumlin area. During the course of this operation, approximately 10 Kgs of suspected Ketamine with an estimated value of €600,000 (pending analysis) was seized by Customs officers.

10 Kgs of suspected Ketamine with an estimated value of €600,000 (pending analysis) was seized by Customs officers (Image: An Garda Síochána)

Gardaí arrested a 26-year-old man at the scene and he is currently detained under Section 2 of The Criminal Justice (Drug Trafficking) Act 1996 at Crumlin Garda Station.