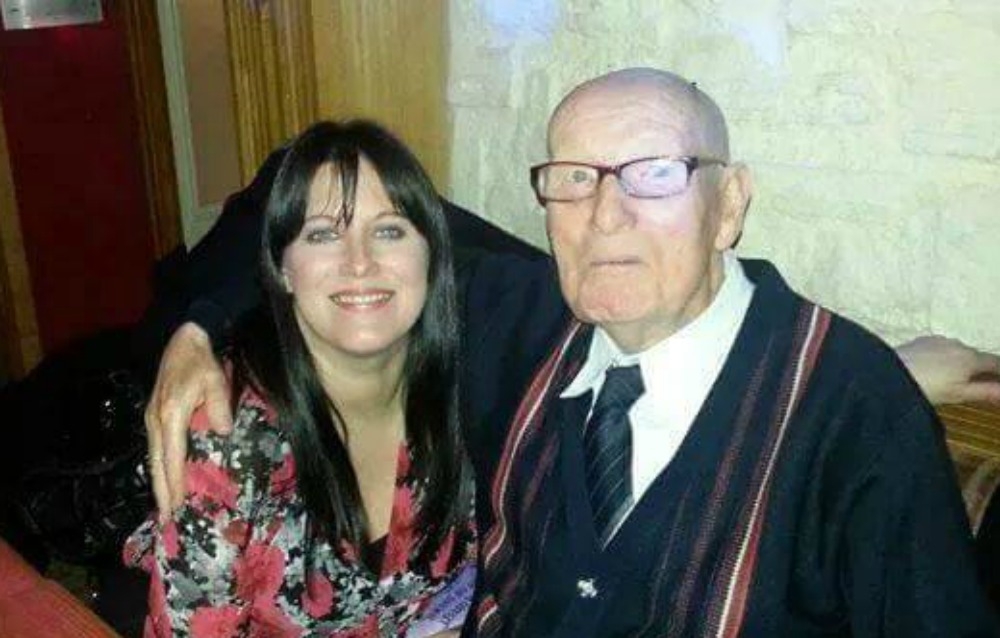 This time of year often sees families come together to celebrate, but for one lucky Ballyfermot clan, the celebrations came early when a wedding offered up a golden moment they will remember forever.

Ellie Doyle tied the knot earlier this month in the Summerhill Hotel in Wicklow, and her 95-year-old grandad Oliver stole the show with a beautiful and heartfelt rendition of Ellie’s favourite song, Love’s Been Good To Me by Frank Sinatra.

Oliver Doyle will be well-known to most in Ballyfermot, where he attends church on daily basis in St Mathews, and the crooner from Claddagh Green had the whole wedding party welling up as he delivered the best present Ellie could have hoped for.

Speaking to Echo.ie Ellie said: “I had said to my grandad about singing a couple of weeks before the wedding, but he seemed a little surprised when we said it to him on the day.

“That didn’t stop him though, and it was a lovely moment as my dad played the guitar and the children watched on, four generations of the family all in the one place – it was just lovely.

“He loves to sing and has been overwhelmed by the reaction since I posted the video.

“He wouldn’t be online himself but everyone who has seen it has been saying it to him, and just this morning at mass he was getting compliments, which he has been thrilled about.”