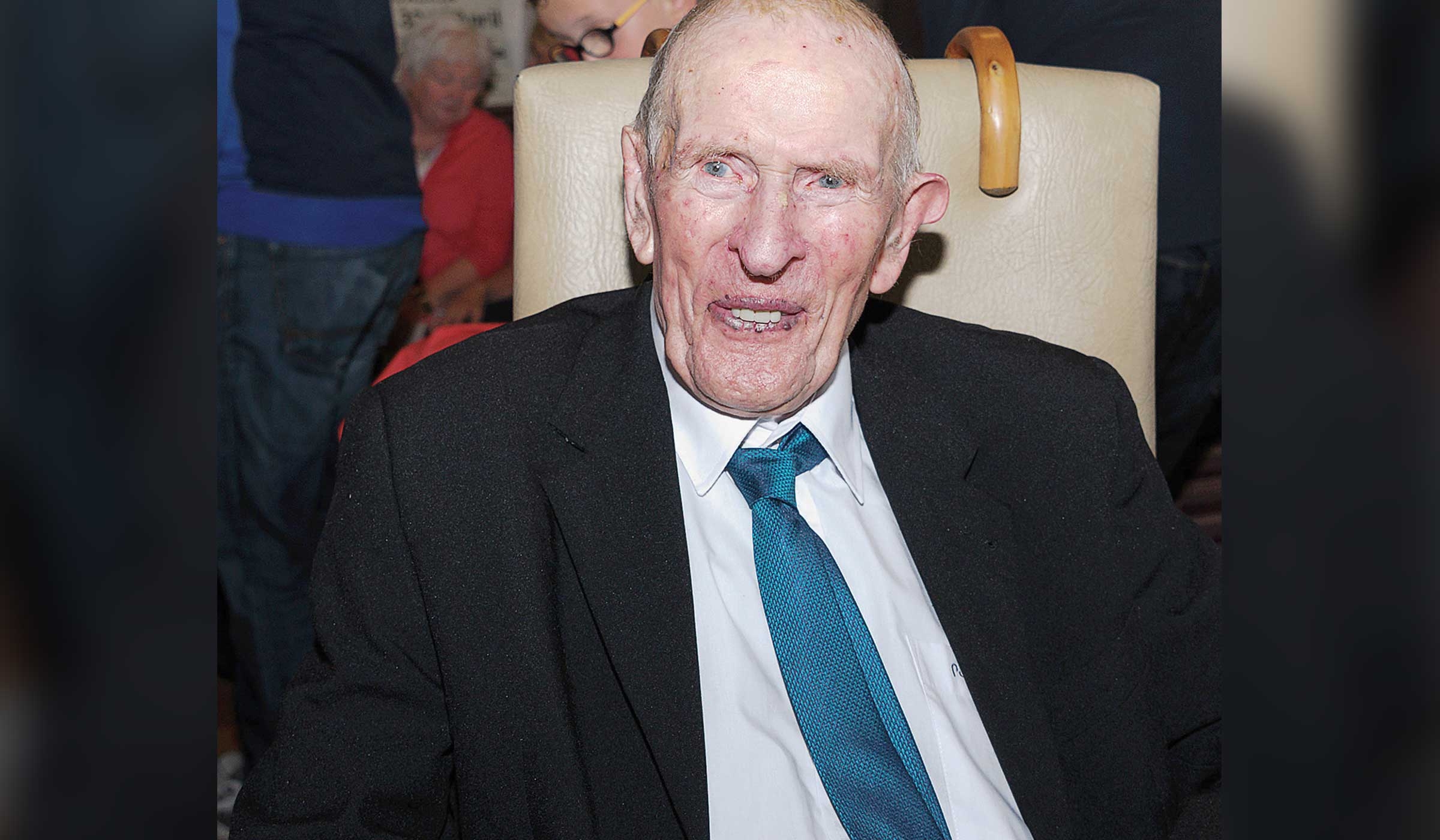 A man remembered for his faith and moral code

Lifelong Bohernabreena man Maurice Collins has passed away at the great age of 101.

Remembered for his hard work ethic on his farm in Piperstown in the Dublin Mountains, his religious beliefs and quiet nature, Maurice died on September 28, leaving behind five adult children: Michael, Pat, Joe, Liz and Timmy.

Born on June 21, 1916, Maurice Collins was older than the Irish Free State. Mr Collins witnessed great changes in Ireland, living through the War of Independence and Civil War,  two world wars, and attending the Eucharistic Congress in 1932.

Mr Collins’ daughter Liz remembers her father as a man of deep faith and a strong moral code. His sister Kathleen is a nun in the US.

“He got a bus from Piperstown to attend the Eucharistic Congress with his sister in 1932. He had very traditional values. He always said the rosary and I never heard him or my mother [Sheila] gossip about anybody.”

Liz also remembers the sheer work ethic that Maurice applied to his farm. She remembers his love of cows and going to the Blessington cattle mart and his preference for physical labour, rather than relying on machines.

“Dad didn’t take leisure, except for going into the mill for the odd pint,” she said. “He never took a holiday except for a honeymoon to England for one month when he married my mam in the 60s.”

Liz said that she remembers having a ‘simple’ childhood in Bohernabreena and said she and her siblings inherited her father’s old-fashioned values.

“We appreciate where things come from, what we have, our health, our neighbours. It’s not just us – it’s inherent in the people of Bohernabreena.”

Although not a sporting man, Mr Collins was remembered fondly by members of St Anne’s GAA Club, where he celebrated his 100th birthday.

Mr Collins’s month’s mind will take place at 11.30am on October 29 in St Anne’s Church, Bohernabreena.