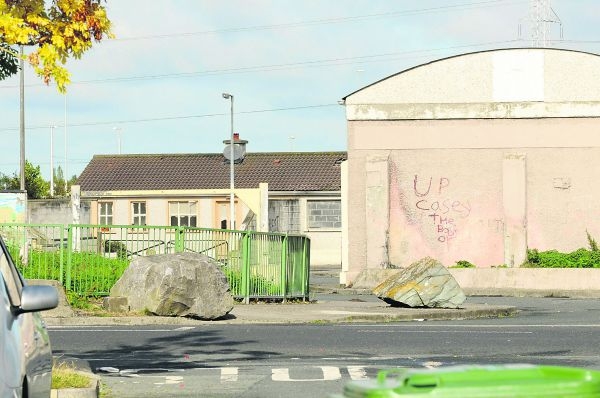 THERE was a “near-riot” in a Tallaght halting site involving 30 males on Sunday night, Tallaght Court has heard.

Judge Reilly described the incident as “a near-riot situation”. Casey, aged 25, with an address at St Aidan’s halting site, Tallaght, was charged with engaging in threatening and abusive behaviour at the halting site on September 20, 2015.
Casey’s solicitor, Kevin Tunney, said his client was pleading guilty.

Sergenat Eithne Madden told the court that on Sunday night, the gardaí received a call to go to St Aidan’s as there was an incident involving 30 males.

Mr Tunney said his client told him that he had been attacked by a group of men. He said Casey’s father had died and he was the oldest of three children.

Judge Reilly said the incident was “unacceptable”. She added: “There was an incident involving 30 males. It was effectively a near-riot situation”. Convicting, she fined Casey €350.