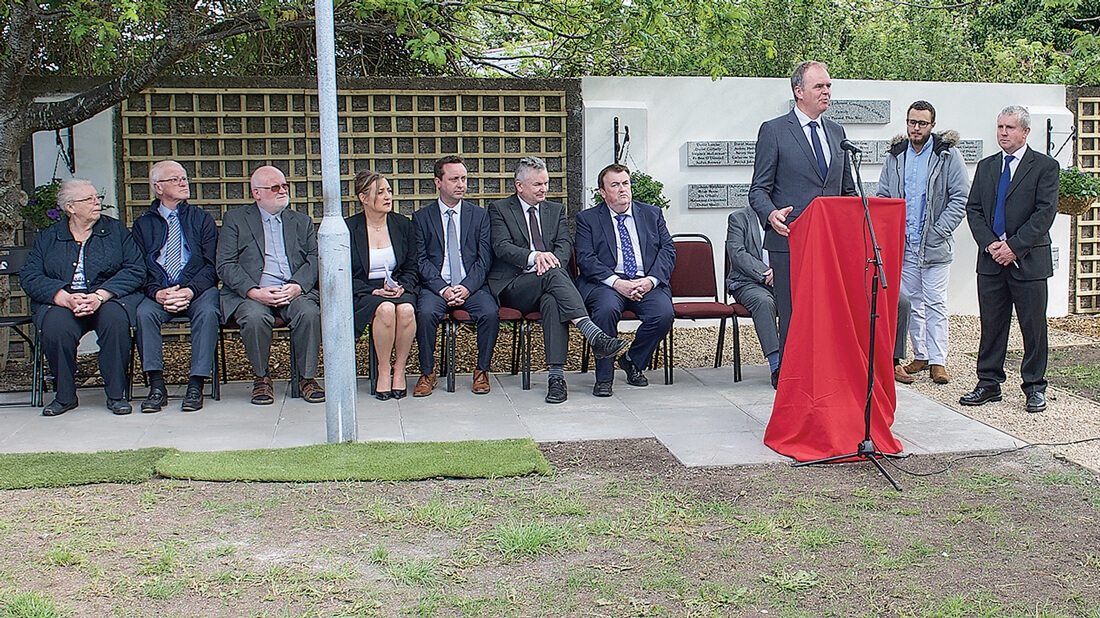 A place to remember

A REMEMBRANCE garden, dedicated to members of the Firhouse Community College community who have passed away, was unveiled in the school grounds last Wednesday.

A central feature of the tranquil garden is a plaque which lists the names of staff, pupils and past pupils of the school who have passed away.

Minister for Education and Skills, Joe McHugh addresses the gathering at the opening of the remembrance garden in Firhouse Community College

The Leaving Cert Applied class of 2018 came up with the idea for the garden, and the concept was brought to fruition by Nicola Maher, a teacher in Firhouse Community College, and the school’s parents’ association, with the support of the school community.

Nathalie Ward, the chair-person of the Firhouse Community College Parents’ Association, told The Echo: “We had a fabulous piece of ground, but it was becoming dishevelled, so Ms Maher said, ‘Wouldn’t it be lovely to have a memorial garden there, with the view of the mountains, the sound of birdsong and the rustling of the trees?’

“Out of all of the different tragedies that have affected the school community, we thought that it would be nice for the families of [the deceased] to have somewhere to sit and think about the people who have passed away.”

The Minister for Education and Skills, Joe McHugh, was on hand to cut the ribbon for the opening of the garden.

“We hope that, for the families of the people who died, they will always see the school as somewhere they can come to.”

See more on page 62 of this weeks Echo.