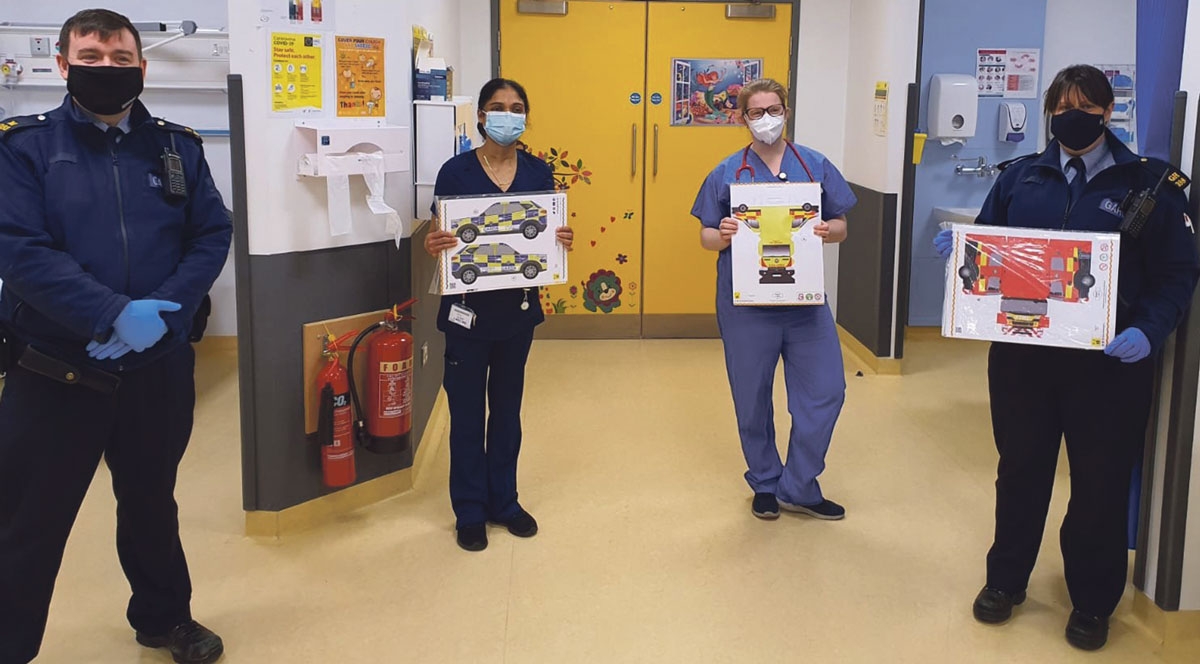 GARDAI delivered activity packs to children in local children’s hospitals so they could assemble the cut-outs of a garda car, an ambulance and a fire engine on St Patrick’s Day.

As this year’s St Patrick’s Day parade is cancelled as a result of the pandemic, Dublin Fire Brigade and An Garda Síochána joined forces with graphic designer Rob Loughlin to create the mini cardboard convoys so the children could have their own parade of emergency service vehicles on the day.

Explaining how the idea for the packs came about, Garda Mandy Lowe from the Garda National Community Policing Unit told The Echo: “A graphic designer by the name of Rob Loughlin designed the vehicles for us and Dublin Fire Brigade (DFB) free of charge.

“I made contact with DFB to see how we could put them to good use and we decided to team up and get them printed for the children to do in the three main children’s hospitals in Dublin.

“We are releasing them with our charity, Little Blue Heroes, who have kindly sponsored the garda cars.

“Little Blue Heroes are a charity who make sick children’s dream of becoming a garda true by ‘deputising’ them as little gardai.

“Each child gets their own garda pack and, if they are well enough, they often conduct ‘Garda duties’ such as conducting checkpoints and patrol their local areas.

“The message we want to jointly give to the children with DFB is that although we can’t get in to visit them as much as we used to before Covid, that we are still thinking of them and to wish them a happy St Patrick’s Day.”