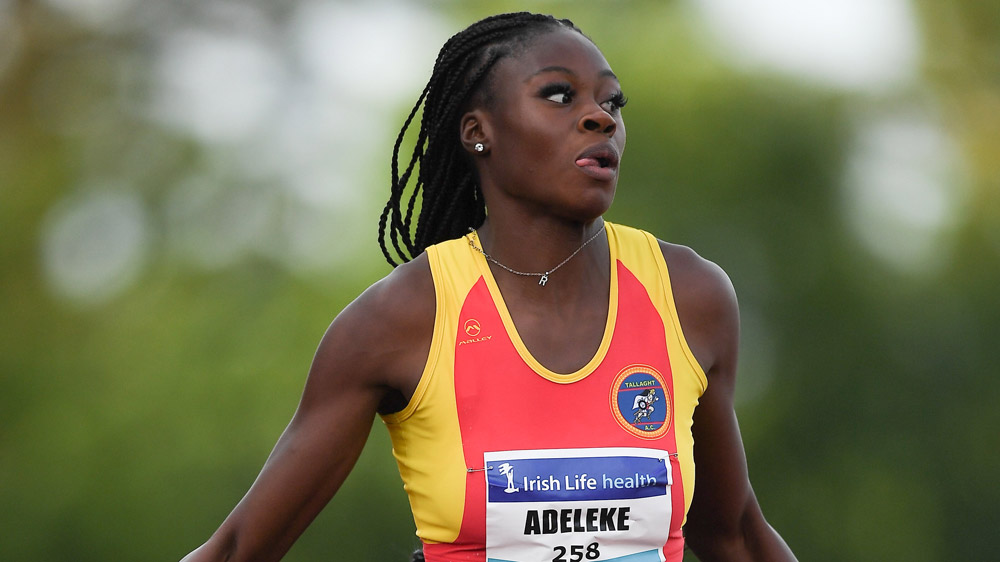 RHASIDAT Adeleke pulled off a dramatic 100m victory in yesterday’s Irish Life Health National Senior Track and Field Championships, pipping Molly Scott to the title by just one 100th of a second at Morton Stadium.

The Tallaght Athletic Club star, who had only returned home from Texas University during the week, did not enjoy the best of starts to the race and Scott appeared to be on course for the win.

Yet the double European Under 20 sprint champion had other ideas and fought all the way to the line where she dipped perfectly for an 11.68 finish with Scott fractionally behind in 11.69.

It was an enthralling battle between two superb athletes who had found themselves in a tug-of-war for the Irish Indoor 60m record earlier in the year, Adeleke clocking a best of 7.17 at the NCAA Championships in Alabama.

An untimely headwind was all that hindered an otherwise thrilling encounter last weekend which Adeleke was delighted to win, admitting to RTE Sport afterwards “my start was awful, but the end is usually my strongest point, so I was happy I was able to come back.”

The victory leaves Adeleke on a sound footing ahead of next month’s World Athletics Championships in Oregon where she is likely to contest either the 200m or 400m.

It will only be after that event that the Tallaght woman and her team at Texas will decide whether or not she will contest the European Championships in Munich in August.