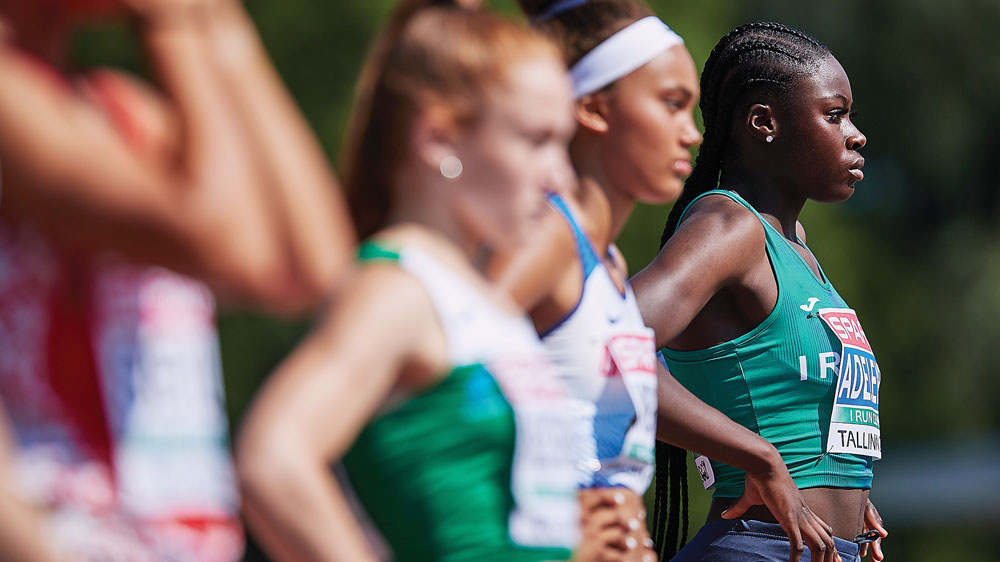 Adeleke to build on blistering start to 2022

RHASIDAT Adeleke will be hoping her start to 2022 will be a sign of things to come.

Competing for the University of Texas at the Clemson Invite in South Carolina, the Tallaght sprinter recorded the fastest time clocked by an Irish woman over 300m on her way to second place in that race.

Indeed her finishing time of 36.87 marked the first time an Irish female athlete has broken the 37-second barrier as she surpassed the previous national indoor best over that distance held by Phil Healy who recorded 37.56 back in 2017 as well as the top Irish outdoor time of 37.07 held by Karen Shinkins.

Now the fastest ever European teenager over 300m, Adeleke will be in confident mood as she bids to make a real impact on the NCAA front and possibly compete at World and European Championships later in the year.

Despite not being selected to compete at the Tokyo Olympic Games last summer, the former Presentation Terenure student still enjoyed at great year in 2021 that featured gold in both the 100m and 200m events at the European Under 20 Championships in Tallinn with a new Irish 200m record to boot.

That tremendous achievement in the Estonian capital last year also saw Adeleke become the first athlete since Jodie Williams a decade previous to win a 100m and 200m sprint double at the European Under 20s.