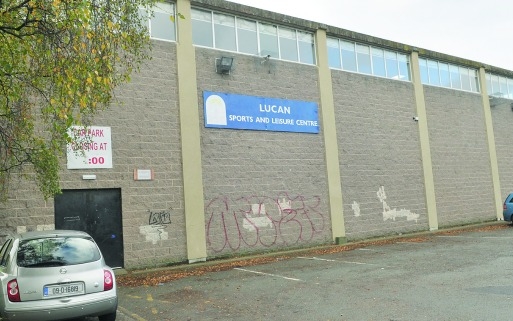 After 30 years Lucan residents see a pool on the horizon as new funds of €400,000 are allocated for plans

UP TO €400,000 has been allocated for planning and design costs for Lucan swimming pool.

The funds have arisen from the reallocation of €4.9 million budget surplus from South Dublin County Council for 2015.

Further funding will be need to be acquired off the state for the construction of a swimming pool – estimates in the region of €10-€13 million.

Lucan residents have been waiting over 30 years for a swimming pool – experiencing numerous setbacks over the years.

A pool was initially planned alongside Lucan Leisure Centre at Griffeen Valley Park. Resident Helen Farrell established a ‘Lobby for a Public Swimming Pool for Lucan’ campaign in 2014, which has generated massive support in the community.

With help from Sandra Whelan, the campaign has collected over 3,500 petition signatures, and crucially, cross party support.

The non-political group made a submission to the Development Plan 2016-2022 – calling on the council to prioritise development of a pool in Griffeen Valley Park “at the earliest opportunity” for a population of 46,000 residents.

Mrs Farrell said: “All the councillors have pulled together. Maybe because the campaign is politically independent, I think that has made the difference. Sandra collected signatures in the wind and rain at schools.

“The Leisure Centre would be ideal – straddling the old and new part of Lucan. I think it’s important now that our local TD’s commit to this and secure funding. It’s only money for a plan.”

Following the establishment of the campaign, local councillors have supported the plans in the council chamber with a range of motions.

Cllr O’Toole, part of an Independent alliance group said: “Ideally the location would be a council owned site. Griffeen Leisure Centre is the preferred location but this is subject to other possibilities. With this funding for planning, there can be no excuses now.”

Cllr O’Toole is “hopeful” the campaign group can present the petition to Minister for Transport, Tourism and Sports Paschal Donohoe in Lucan.

Mr McLoughlin said he was committed to covering anything over that amount to bring it to the stage where national funding can be requested as part of a viable project.

“This is just another step in the process but an important one,” said Cllr Gogarty.

“We remain on course to push for adding full pool funding in the rolling three-year budget process and to seek national funding also.”

Fianna Fáil Councillor Ed O’Brien estimates a pool will cost “between €10 to €13 million depending on location and scale of the development” and the council decision to return the pool to the rolling capital budget gives residents “huge confidence this will be delivered.”