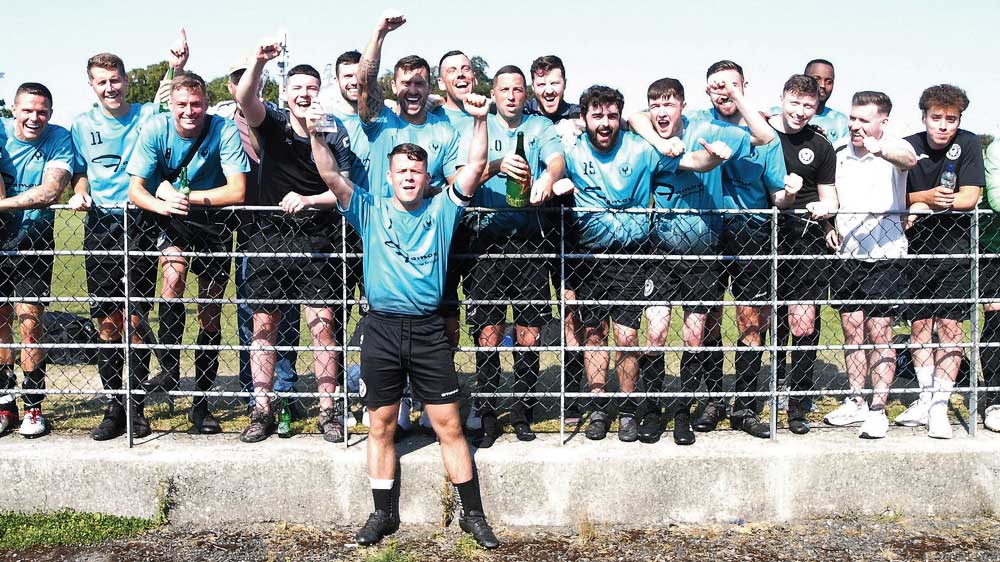 AGP celebrate their victory over Boghall Rovers in the final of the UCFL David Blood Trophy. Photo by John Mooney

AGP FC picked up the inaugural UCFL David Blood Group One Trophy after they battled back from a goal down to beat a gallant Boghall Rovers 3-1 in the final in VEC, Terenure on Saturday, reports John Mooney.

In spite of the blistering sun, both teams must be complimented for the part they each played in a cracking match.

Rovers got off to a great start when they hit the front 10 minutes in after Denis Lazeranco floated the ball over the AGP defence and into path of Corey Downer.

Goalkeeper Jamie Berhan did get there before him, but as he tried to clear the threat, the ball cannoned off Downer and he slotted it home for the opener.

Yet that lead lasted barely five minutes as AGP hauled themselves back into the game when Behan pumped a huge clearance down the field, Yassor Mahrouk flicked on and Chris Dunn gathered, rounded netminder, Liam Dutton and smashed home.

It could have been 2-1 for the Lucan side three minutes later after Dutton parried a corner into the path of Matthew Cawley, but his shot was blocked before hitting the crossbar. 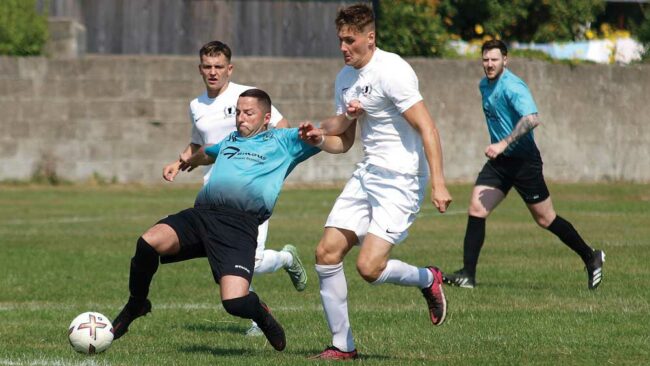 It was a let-off for Rovers, but when Cawley got a second chance five minutes before the break, he made sure he hit the target.

Picking the ball up just on the halfway line he strode forward, and when no one came to close him down he unleashed a screamer from 30 yards that gave Dutton no chance.

It was set up nicely for the second half and, with the one goal lead, AGP set about adding to their tally.

They carved out the better chances, but just could not find the back of the net, that was, until the 73rd minute.

Gareth Hamilton played a long ball down field that Dutton raced to collect, but one of his defenders had the same idea and they both got their wires crossed, the ball falling kindly for Summer Sumansa who was only too happy to rattle the net.