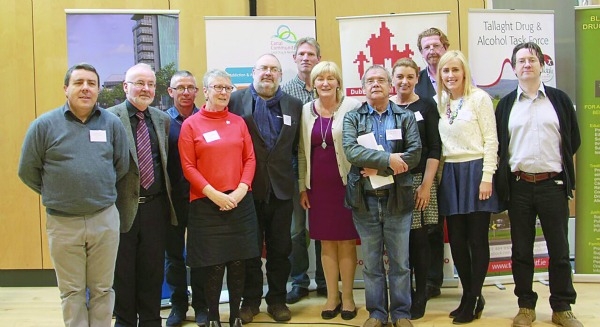 Alcohol is a hugely complex issue engrained in Irish culture

NEARLY 4,000 people attended alcohol services in Tallaght in 2013, with a marked increase reported this year in the number of females accessing services.

While lots of work is happening on the ground in relation to alcohol abuse, with the Tallaght Drugs and Alcohol Task Force also completing an Alcohol Action Plan for Dublin 24, calls have been made for the Government to fully implement the Alcohol Bill.

At a meeting on September 25, the country’s 14 local Drugs and Alcohol Task Force’s, which locally have offices in Tallaght, Clondalkin, Ballyfermot and D12, called on the Government to implement the proposed bill.

Believing the alcohol issue to be one of the “most important issues facing our society”, the local task force seminar fully examined the provisions of the proposed Bill and expressed their satisfaction that it is based on accepted evidence.

They have now sought the enactment of the Bill as soon as possible, the appointment of a dedicated Minister for Substance Abuse and resources made available to implement the strategy.

They also expressed their opinion that a national framework would provide the needed guidance and support for projects and services working locally.

In 2014, the 14 local drug task forces took alcohol under their remit – a move which, as reported on in The Echo, saw task forces adopt alcohol with no additional resources.

Grace Hill, co-ordinator of the Tallaght Drugs and Alcohol Task Force [TDATF], said: “This bill has many elements which would support the work being done on the ground and, for example, has stipulations on how as a country we buy, sell and advertise alcohol.

“Alcohol is a hugely complex issue, engrained in Irish culture. However to get people to reflect on their drinking, be more aware of their consumption, and look for healthier alternatives, we need a national approach.

“We need the Government to show us that they are serious about this and that they are willing to legislate national policy to support the work happening locally.”

According to the most recent data from HSE alcohol services, 3,390 people accessed Tallaght-based alcohol services in 2013 as either a problem drinker or a concerned friend or family member.

New admissions to local alcohol services for problem drinkers in 2013 was 238, with 1,870 people with alcohol abuse issues availing of counselling sessions – 895 of these people were male, 975 female.

The average age presenting for both genders was reported to be forty to mid-forties.

Ms Hill said: “There are huge pressures on alcohol services and one changing statistics so far this year is the increase in women accessing services. So far this year, male and female numbers are now equal.”

She added: “There is so much work being done on the ground but the issue of alcohol abuse needs more resources and backing from Government.

“Other health drives or road safety campaigns are managed well and we need this with alcohol. We need to gets the stats out there, stats like one bottle of wine per week increases a women’s chance of breast cancer.

“People need to know the statistics and risks associated with heavy drinking and encouragement to look for healthier alternatives.

“We’re not looking for abstinence here, just a healthier relationship with alcohol.”