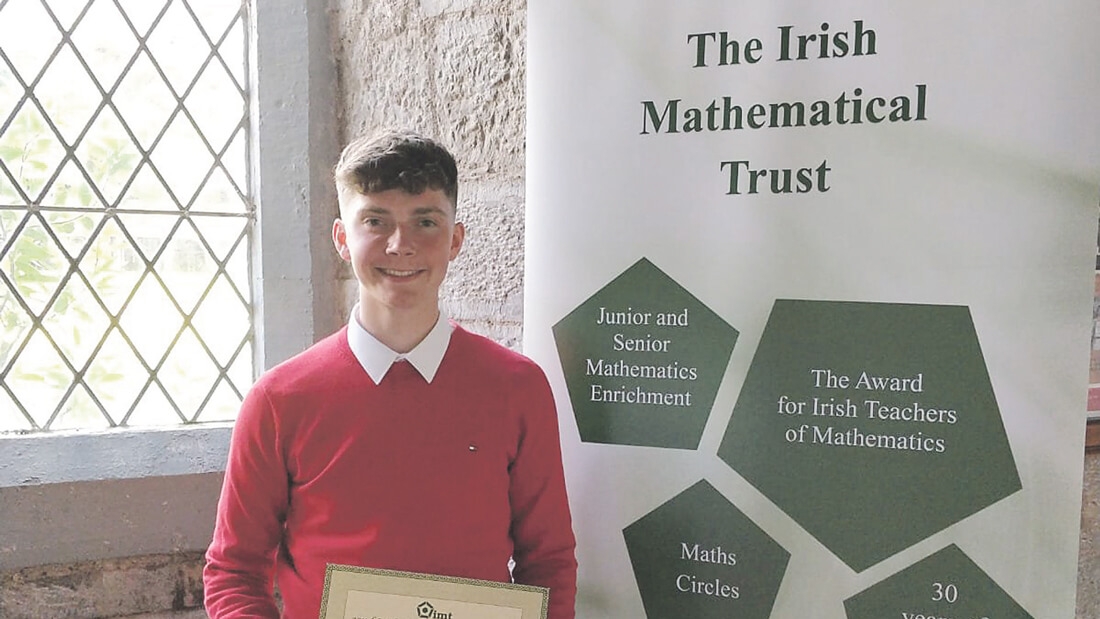 A STUDENT in Lucan Community College will be going to Bath in the United Kingdom in July to compete in the International Maths Olympiad.

Alex Hanley, who is in fifth year, has achieved 4th place on the Roll of Honour in the Irish Mathematical Olympiad and now qualifies to compete for Ireland in the International Maths Olympiad in July.

The International Maths Olympiad is the world’s most prestigious maths competition for school students – many of the world’s leading mathematicians are past participants of the IMO.

The competition will take place over two days in Bath and involves tackling very difficult mathematical questions which require ingenuity to solve.

Alex, will join a team of five other secondary school students from Ireland who will compete on the world stage in this exciting competition.

The International Mathematical Olympiad is the World Championship Mathematics Contest for second-level students. Each country is invited to send a team of up to six students to compete in this contest.

Participation alone in this competition is regarded as very prestigious.