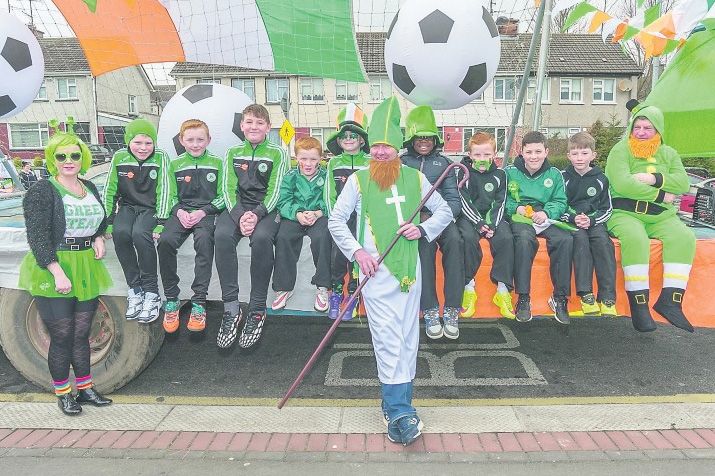 All you need to know about St Patrick’s Day parades in Clondalkin, Lucan and the Four Districts

EARLY weather forecasts for St Patrick’s Day indicate mild and dry conditions – however wind, rain or shine, organisers have an exciting schedule of events lined up for parades in Clondalkin, Lucan and Rathcoole.

Over 40 different groups are taking part in the Clondalkin parade, which starts in the village at 2.30pm on Friday.

Independent Councillor Francis Timmons, Chair of the parade said: “We can make this a great community day out for all the family. It’s a real chance for the community to come together and showcase all that is great about Clondalkin.”

Musician Colm Gavin is the Grand Marshall for the Clondalkin parade.

Old Nangor road will be closed from 1.30pm to allow the parade set up – from the Irish School to leisure centre.

There will be barriers erected and manned by gardai at various junctions and roads.

Meanwhile, up to 40 groups are taking part in the 27th Lucan St Patrick’s Day parade.

The Lucan parade starts at 3pm from Tesco in Hillcrest, proceeds past Ball Alley and finishes at the Ulster Bank in Lucan Village.

Over in Rathcoole, Councillor Emer Higgins and champion racer Danielle Murphy have been picked to judge the best floats at the Four Districts St Patrick’s Day Parade – which starts at 2pm in Rathcoole.

Now in its 11th year, the Four Districts parade goes from strength to strength.

Cllr Higgins said: “I’m super excited to have been asked to help judge the best floats in my local parade along with Danielle Murphy. There’s still time to enter your business or club.

“Year after year the parade is a fabulous day out for families in Rathcoole, Saggart, Newcastle and Brittas. As a community we owe so much to Sharon Greene and her amazing team for all the work they do to make that happen.”

Judges will be at Rathlawn in Rathcoole, to check out the floats with three trophies up for grabs.