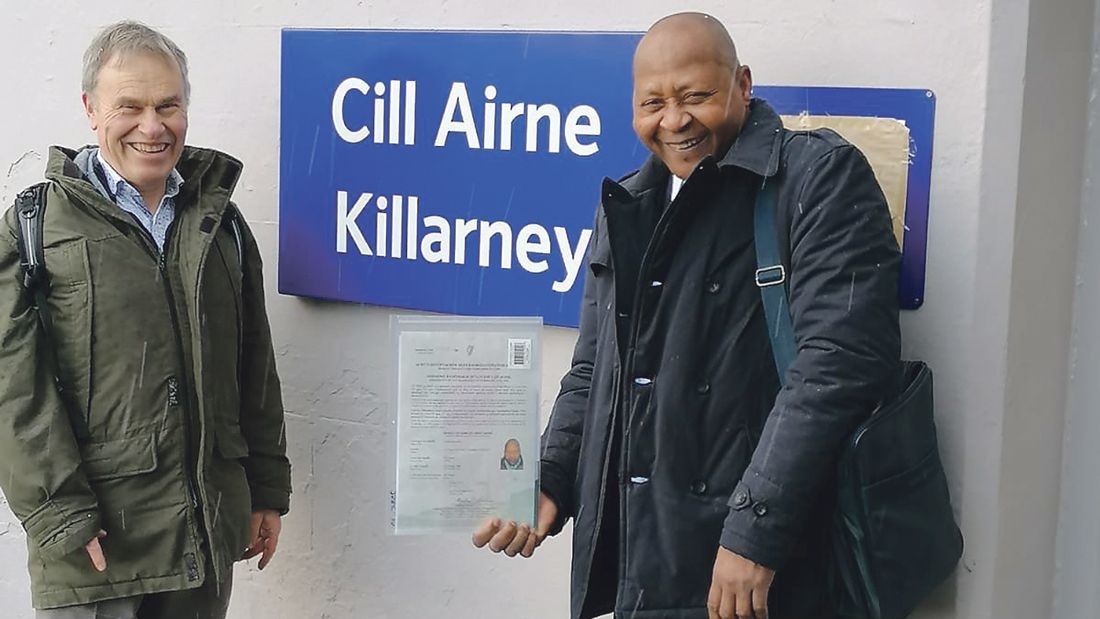 Alpha honoured to have good friends in the local community

CO-FOUNDER of Clondalkin Tidy Towns, Alpha Gassama, received his Irish citizenship this week from the State at a ceremony in Killarney.

A former Direct Provision resident, he arrived in Ireland in 2004 from his native Guinea, and spent close to ten years at asylum centres in Cork, Limerick, Mosney and the Towers Hotel in Clondalkin.

His motivation to get involved in community projects like Tidy Towns helped him to integrate, and he is well liked by all who have come to know him in Clondalkin.

Alpha is also a French-speaking volunteer tour guide with the Round Tower Visitor Centre Brú Chrónáin.

In 2013, local politicians and residents, rallied to prevent a deportation order issued to Alpha by the State, recognising his dedication to community initiatives.

Ultimately, the campaign was successful, and then Minister for Justice Alan Shatter rescinded the order – a huge sigh of relief for Alpha, who is happy in private rental accommodation in Clondalkin, a place which he calls his home.

Former Labour TD Robert Dowds accompanied Alpha to Killarney on Monday for the first of two ceremonies, which saw 5,000 people become citizens of the State.

Speaking to The Echo following the ceremony on Monday, Alpha said he was “honoured to have the friends he does in Clondalkin.”

“Robert decided to come, paid my train ticket and lunch, picked me up at 5am in the morning. Most of my friends got there before me, but the way I got supported, is the proudest you can get from the community.

“It is not what you get but the way is more important in this kind of recognition from the locals. The good message of support is incomparable.”

Alpha thanked all in Clondalkin Tidy Towns and the wider community for their support over the years.