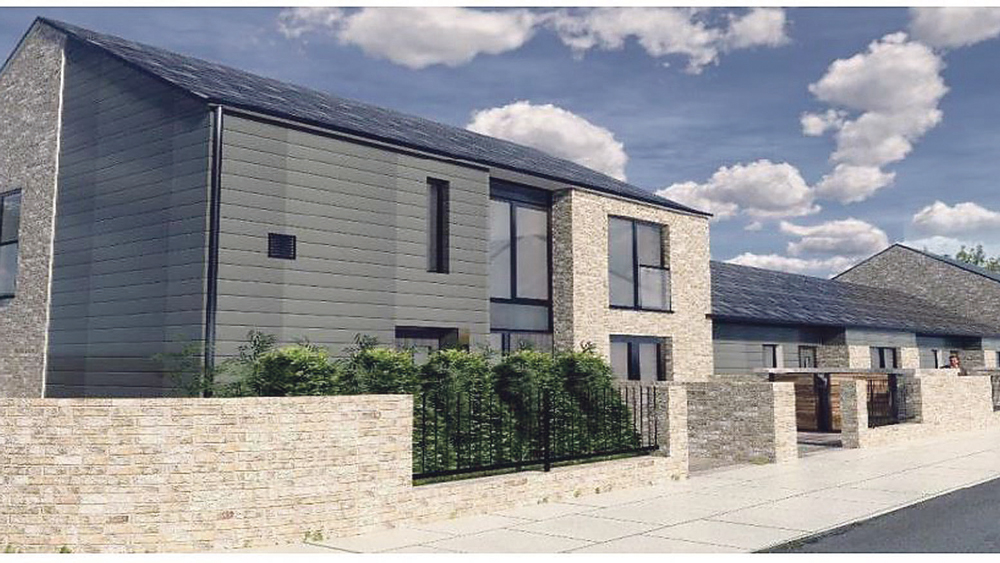 ANGER is in air in Tymon after a motion to defer a proposed 12-unit older persons development to come up with a compromise was voted down by councillors.

Nine-units at St Ronan’s was voted through before a motion of deferral for the Pearse Brothers Park site, submitted by Cllr Alan Edge and support by Cllr Emma Murphy, was supported with a vote of 17 in favour and 16 against.

When it came to the 12-units at St Aengus’ Green, a motion of deferral was submitted by Cllr Mick Duff and supported by Cllr Teresa Costello – two representatives that live in the area.

But this motion to defer did not pass, by a vote of 17 against and 16 in favour, with a councillor who supported the previous motion of deferral switching their stance for the deferral relating to the proposed Tallaght development.

This paved the way for the local elected representatives to vote through the development in its current state.

The project had gone to Part 8 Public Consultation and 17 submissions were received.

Taking on board those concerns and observations, Cllr Duff and Cllr Costello requested a deferral based on keeping a green area within the development site and to have more time to work with the council in finding an alternate site.

“We were hoping that this deferral would give us more time to discuss with council officials and to consult with the residents as to where we can and can’t make compromises,” Fianna Fail Cllr Teresa Costello told The Echo.

“I voted in favour of deferring Pearse Brothers Park, as a symbol of respect to give the local councillors a chance to come up with a compromise or at the very least, speak to residents – and they got that.

“But 17 were against the deferral for Tallaght to 16 in favour and I am so frustrated with it.

“I never felt the way I did walking out of that meeting, I just won’t stand for Tallaght getting less.

“Why should a development on one side of the Dodder get a deferral and one on the other not? It just feels so unjust.

“I feel like Tallaght should have been afforded the same level of respect of a deferral.

“It unfortunately put me in a position where I couldn’t vote for the housing. I’m very disappointed and it hurt me to vote against the development.

Meanwhile, Cllr Duff elaborated that St Aengus’ has always been a social housing area since its inception in 1977 and how the residents were in favour of housing.

Losing his streak of voting for social housing, the independent Cllr could not shake his shock with one of his council colleagues swapping their stance on two similar deferrals.

“What stunned me last night was the result of the vote for deferral,” Cllr Duff told The Echo.

“There was a vote for Pearse Brother Park and the motion to defer was supported by 17 votes to 16.

“Then when it came to St Aongus Green, one councillor flipped their vote and did not support the deferral.

“We had a problem at the vote where some councillors were not listening to the reasons for deferral and where some didn’t even attend, then some just voted along party lines.

“Regrettably, we have a group of hugely disappointed residents in the community now.

“There was submissions from residents and not one said that they were against housing, they were simply looking for a compromise and to be listened to and unfortunately they won’t have that opportunity now.

“I lost a 100 percent record of voting for social housing yesterday. I really am annoyed over this but after that happened, I just simply could not support it.”