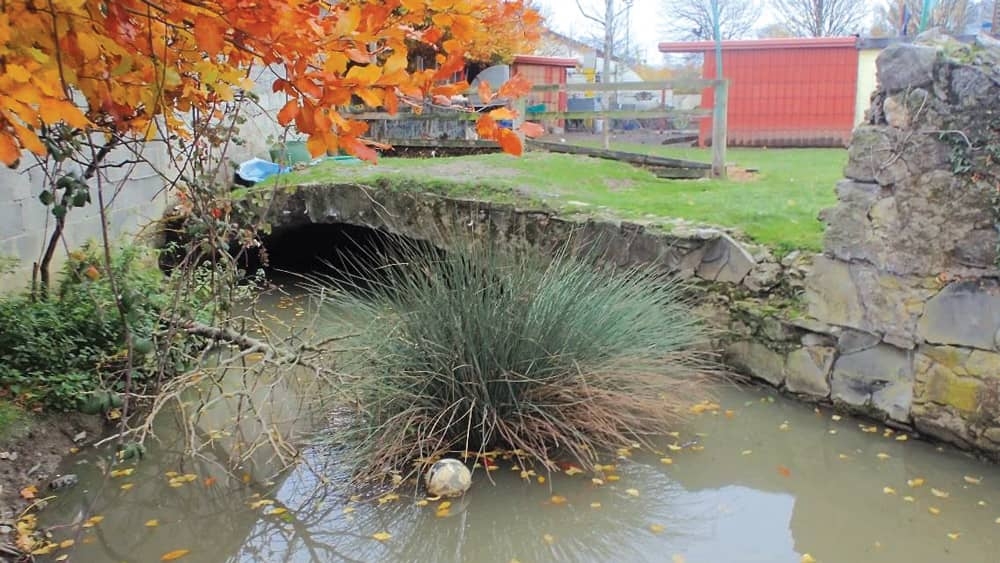 Anger as 200-year-old bridge is dismantled by developers

CLARITY has been sought on the future of a 200-year-old bridge on Whitestown Way, after locals spotted its removal this week despite a commitment made for its retention and preservation.

The historic bridge, of which the stone arch and a stretch of wall remains, is believed to date back to the 1830s and is located on what was the old road to Tallaght.

The bridge before it was dismantled

The remains of the bridge are located on the site of a new 81-unit housing development between Tallaght Stadium and Sean Walsh Park on Whitestown Way.

The older person housing project is being developed by Clúid Housing Association in partnership with South Dublin County Council.

When the development was being proposed, the remains of the bridge and calls for its protection were included in a number of submissions lodged during the public consultation.

The council noted in 2018 that the remaining structure is not recorded in the National Inventory of Architectural Heritage or in its own Record of Protected Structures.

However, as reported in The Echo at the time, it was agreed that the structure would be incorporated into site works in the housing development.

This week, however, locals noticed the removal of the stone arch and part of the wall.

The bridge dismantled in Sean Walsh Park this week

Speaking with The Echo, Tara De Buitlear of Tallaght Community Council (TCC), said: “Our understanding is that this bridge is to be retained as it is.

“We should be retaining the bridge structure but also acknowledging the historical significance of that location… it was the road into Tallaght from the 1830s.

“The first thing we would be looking for is absolute clarity that the bridge and its location is being retained and preserved.

“The bridge loses its importance if it’s moved away from where it stood for 200 years.

“Secondly, the community never saw the final design plans and we’d need to see them to understand fully how and where the bridge will be incorporated into the design.”

Ms De Buitlear confirmed that the council has acknowledged contact from the community and has committed to reply with an update.

In a reply provided on Wednesday morning to Cllr O’Connor, the council confirmed that the stone wall and adjacent arch bridge structure was “carefully dismantled” on Tuesday.

These works were carried out “in accordance with the Works Requirements and the contractor’s Method Statement and the stone/brickwork was placed for safe keeping”.

The council confirmed to Cllr O’Connor that the bridge will be reinstated following completion of the development.

However, he stressed that the views of the community would be taken on board.

NEWER POSTNature on our doorsteps: Leaving the nest
OLDER POSTFootball Club fear that they will be ‘pushed out’