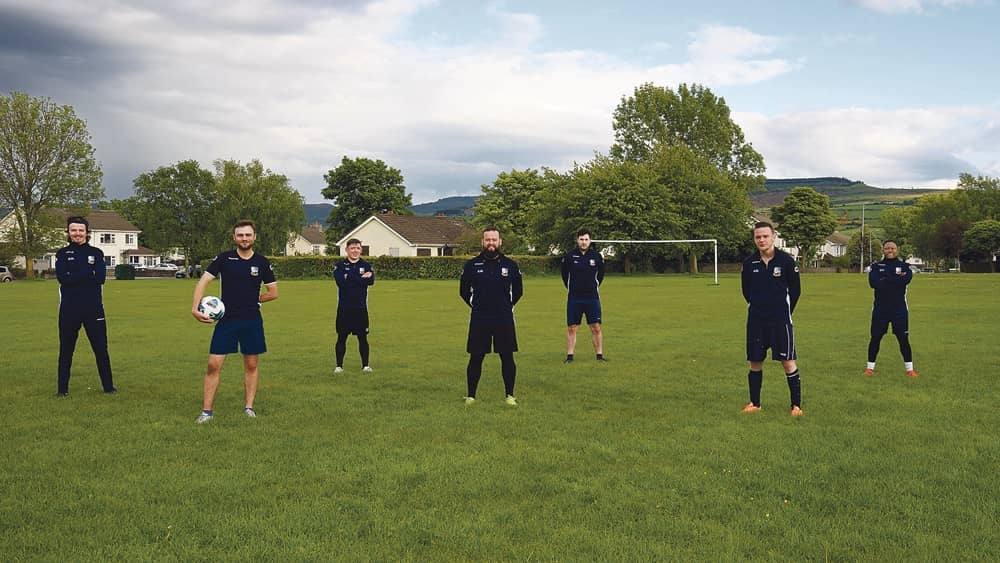 Football Club fear that they will be ‘pushed out’

A  Football club are worried they will be “pushed out” as a proposed housing development is being planned near the pitch they use.

Tymon Bawn Football Club, who use the greenspace at Old Bawn Road, commonly known as Brady’s field, say that they are concerned about what will happen to their club once the development commences.

The plans to construct 12 new social houses for older person’s was given the green light in February 2020, and the Part 8 approved scheme is currently at pre-tender design stage.

The scheme is scheduled to progress later this year, and the council will submit the budget application to the Department of Housing, Local Government and Heritage for final funding approval.

Chairman of the club, Gary McEvoy, says the news came as a “shock”, as he says the club were not informed initially and heard it through members of the resident’s association.

“We have been using the field for 30 years, and we have a fear of losing the pitch. We are known for having our pitches here and we are worried we will be eventually pushed out – we have no pulling power”, Gary told The Echo.

Gary says he recently attended planning meetings in regard to the proposed development, and was told that there would be no impact to the pitches, but says that he foresees future problems if the development goes ahead.

An artist impression of the social housing

He said: “I have a few concerns. Firstly, it is an eye sore on the corner of Old Bawn Road and that green space could potentially become 100 houses because usually when they start building, they don’t stop.

“Another concern is that they are saying that the houses will be suitable for older people looking to downsize. In front of the space, there is a five-foot fence and if someone was to kick the ball over at some speed it could seriously injure someone, and once residents start to complain they will want to move us to a new place.”

The council stated that they will be in a position to engage with the local community and the football club when the funding approval has been granted.

Gary continued: “I understand that we are in a housing crisis but I just don’t think it is a suitable area for a housing development. We are nobodies and I am just asking the question, ‘what will happen to us?’

“They have assured me that our pitch won’t be touched but I just don’t see how that is physically possible.”