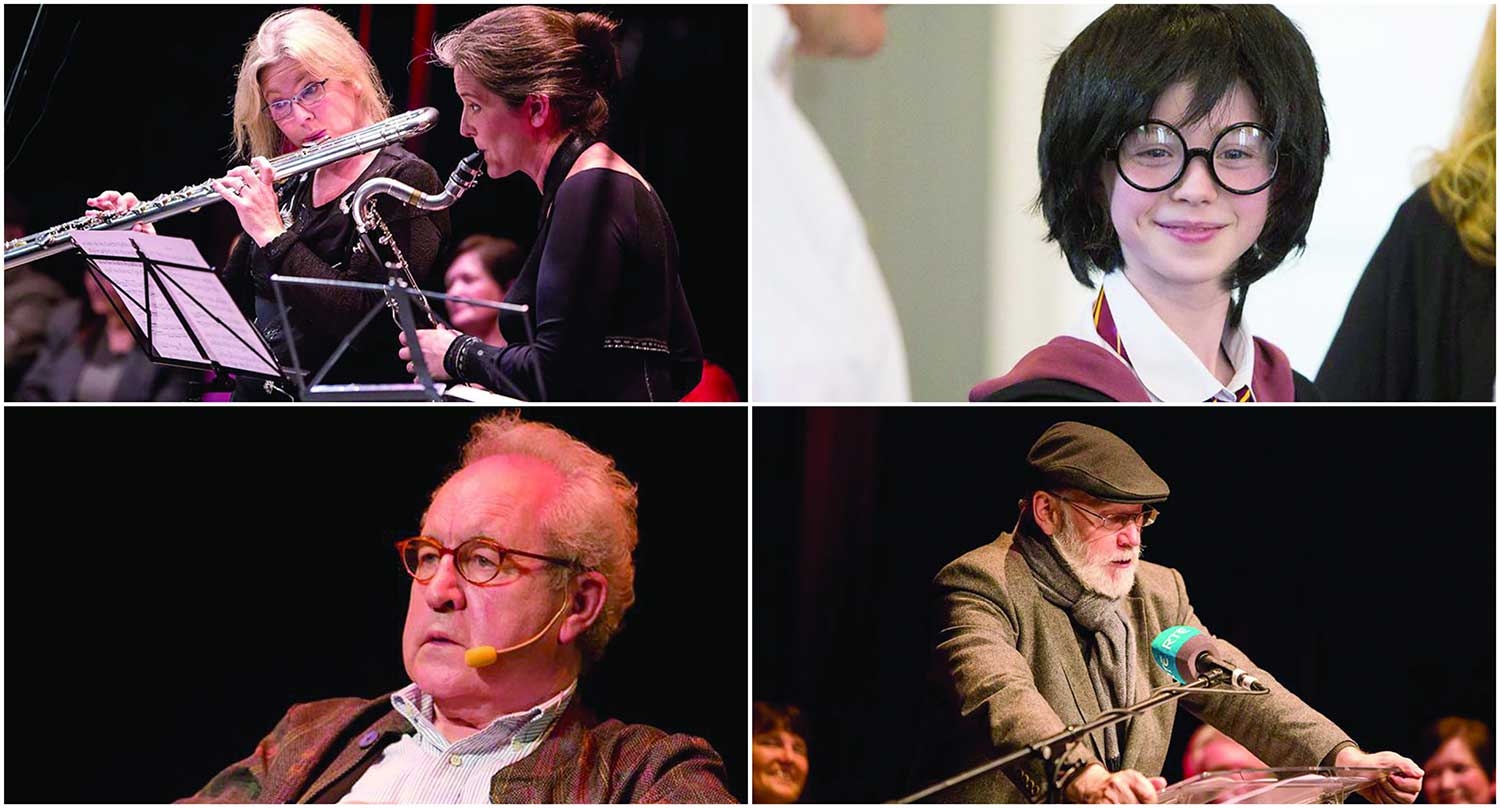 GREEK  myth and Irish legend made for an epic start to the Red Line Book Festival 2017, as schoolchildren from all over the county were enthralled by Cbeebies’ Patrick Lynch’s production of There and Back Again: An Odyssey and Fíbín’s Clann Lir.

That evening an odyssey of a different kind entertained an audience in the Coach House in Palmerstown as Robert Gogan took them on a stroll through Joyce’s epic in his one man show Strolling Through Ulysses.

The sixth year of the festival involved bigger audiences and more shows than ever before. With events taking place in Rathfarnham Castle, Clondalkin’s Round Tower, the Pearse Museum and the Civic Theatre as well as throughout the network of South Dublin County libraries, the scope and variety of the festival also had an epic feel.

Children of all ages were thrilled by magical shows such The Curious Adventure of Pinnochio, Big Goldilocks and the Three Bears Plus and The Myths and Monsters of Harry Potter which took place in the Court of Petty Sessions in Rathcoole.

Children also got to meet Laureate na nÓg PJ Lynch and his special guest Eoin Colfer at an event which lived up to its title The Big Picture.

Theatre played a greater than ever part in the festival and proved very popular with the audiences who attended the hilarious To Hell in a Handbag or deeply moving Forgotten. The Secret Diary of Adrian Mole Aged 13 ¾ was an hilarious staged, musical production of Sue Townsend’s much-loved book.

During the week of the festival the eighth TedXTallaght took place gathering curious souls and inspiring speakers and was lauded as the best TedxTallaght yet.

The festival ended on a high note with RTE’s Sunday Miscellany returning to the festival for a second year. Reflections and poetry from Eileen Battersby, Dermot Bolger, Sarah Shine, Rosaleen McDonagh, Eileen Casey and Cyril Kelly were matched with music from The Far Flung Trio, The Crash Ensemble and folk singer Hanora George and delighted a packed house in the Civic Theatre.