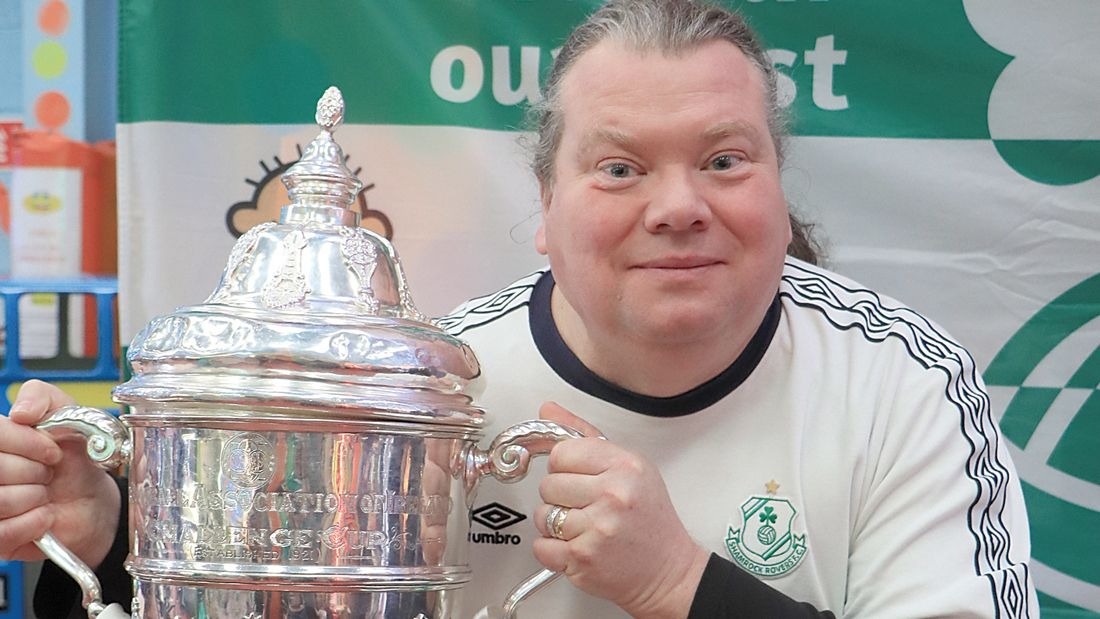 Shamrock Rovers this week writes a tribute to club volunteer Anthony McDonald, who passed away on April 18th.

Anyone who has ever attended a Shamrock Rovers match in Tallaght Stadium will know Anthony McDonald, who passed away on Saturday 18th April.

Anthony was an ever-present volunteer on match nights, corralling the younger attendees in the Junior Hoops fan club, a camera ever-present around his neck ready to snap mementoes for the young guests.

He could also be found at the FAI underage and women’s international matches, taking great pride in unfurling a massive tricolour that covered a huge section of seats.

Anthony was an avid memorabilia collector, never leaving a match without a programme and various other mementoes - his collection of jerseys would clothe an entire league.

A man with a huge range of interests, he could find common ground with nearly anyone.

His football allegiances stretched beyond Rovers and Ireland, to Reading (he spent his youth in the UK), and Wexford FC (where his mother still lives).

A former racing cyclist, he could also espouse at great length on all matters to do with railways, volunteering as an archivist at the Irish Railway Record Society.

A lifelong scout, he was an experienced and well-respected scouting leader, most recently in Leixlip.

Anthony would always have his best foot forward. Despite various health issues, he was constantly on the move, visiting family in the UK, and travelling around Ireland, by train where possible.

Constantly upbeat and on the lookout for new experiences, his curiosity would consistently open new doors for him and his family.

He was hugely committed to building community and bustled with enthusiasm wherever he went.

When news of his death was announced, fellow volunteers at Shamrock Rovers set up an online donation drive in order to help with funeral costs.

The outpouring of messages and donations surpassed expectations, with donations coming in from players, staff, ex-players, and supporters both of Rovers and many other teams, near and far.

Anthony was hugely respected by all who knew him and will be terribly missed.

He is survived by his wife Lorna, and their children Caoimhe, Oisin and Fainne.

Donations can be made here: Anthony McDonald