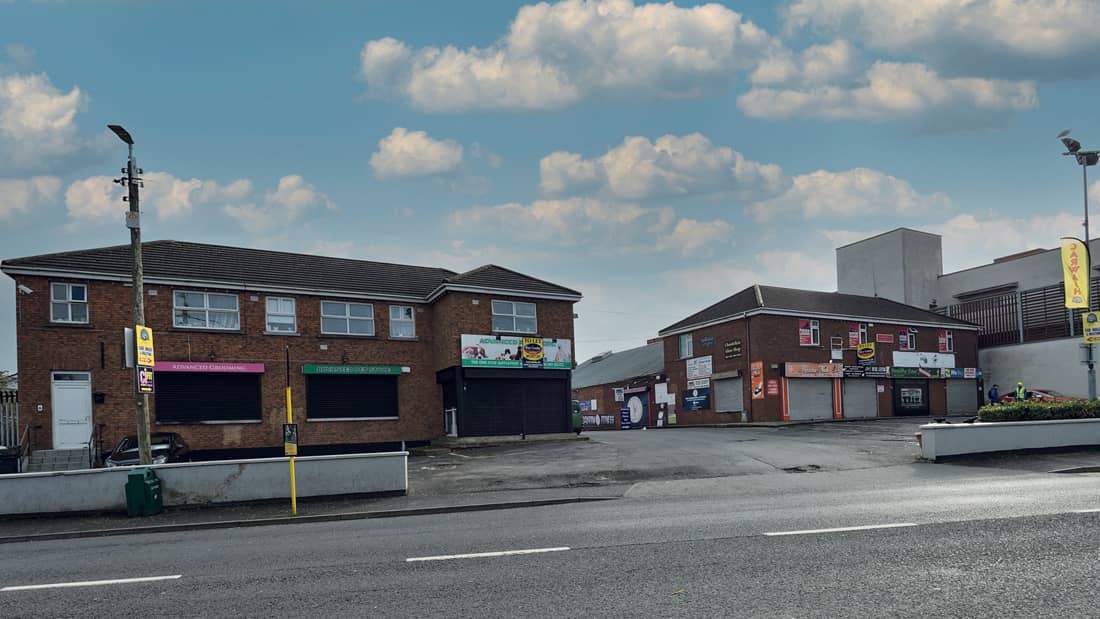 PROPOSALS for two apartment blocks in Clondalkin Village will “overshadow everything in it’s vicinity”, according to residents opposing the plans.

Resident groups have launched appeals to An Bord Pleanála against the development at Clondalkin Enterprise Centre on Watery Lane.

Clapton Ireland Ltd, whose Directors are Jackie Cosgrave and Vincent Cosgrave, plan to demolish the retail outlets at the enterprise centre and build 86 apartments in two blocks of five and six storeys, along with four new commercial units.

The Cosgraves operate the Sheldon Park Hotel in Kylemore and numerous other sites in Dublin, including Larkfield House apartments at the former Liffey Valley Fitness Centre.

Some of the businesses at the Clondalkin Village hub were “left in the dark” by the plans when The Echo spoke to them last October, and claimed the landlord had allowed the centre to deteriorate in recent years.

BAM Clondalkin, who were located at the centre for 20 years and cater for over 200 members, have since moved location in the last few weeks to a new premises at the Waterside on the Ninth Lock Road.

An artist impression of the proposed development

“This massive development will impact life in the heart of our beautiful village,” said a Watery Lane resident.

“The bulk of the proposed developments will overshadow everything in it’s vicinity, with a number of long existing residential properties, including my home, being directly impacted. Traffic in the village will be an absolute nightmare and I think it’s time the authorities started to listen and support the local community.

“We understand houses are in dire need but surely it is the responsibility of the local authorities to preserve the heritage of the village and protect its existing residents. We don’t oppose the development of the site if it was done in a fair way for both existing and future residents.”