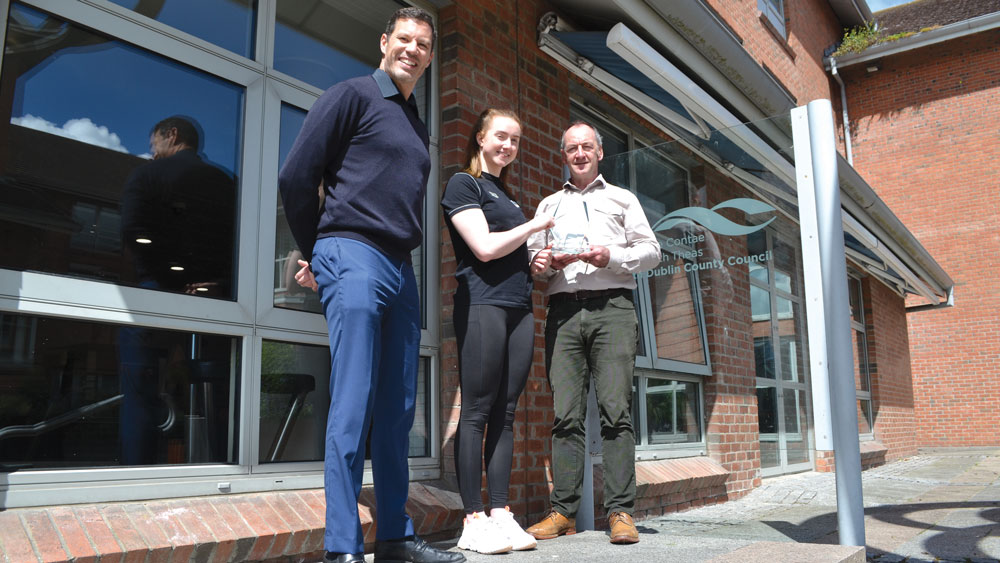 HAVING recorded a superb treble at the 2022 Swim Ireland Irish Open Championships at the NAC, Niamh Coyne has been declared The Echo Sports Star of the Month for April.

The Tallaght and National Centre swimmer completed a clean sweep in all three of her breaststroke events after she secured gold over 200m.

Her finishing time of 2:27.40 was not only good enough to stave off the fierce challenge of runner-up, Molly Mayne (2:29.50) and third place, Ellie McCartney (2:31.54), but also came with a European Championship consideration time.

This victory, followed hot on the heels of her triumph in the 50m Breaststroke in which she raced home in a time of 32.37.

The day before, she had ignited her Irish Open programme with gold in the 100m Breaststroke, her time of 1:07.83 having also earned her consideration for the upcoming Europeans in Rome this coming August.

Looking forward to her trip to the Italian capital, Coyne said “I went to the European Championships in 2021, but I only swam one event there because they were focusing more on relays”

“This August I hope to achieve a semi final or maybe even a final, but definitely a PB would be amazing as well.”

NEWER POSTMatch of the Week: Lourdes on track for double as they see off Tallaght
OLDER POSTApril Team of the Month TU Dublin Badminton Team