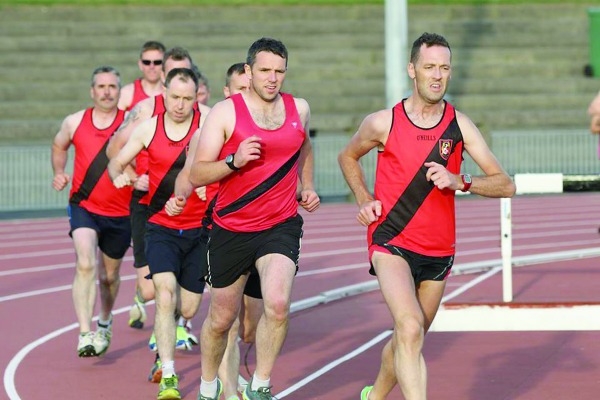 Athletic club hopes to raise over €75,000 for new track

LUCAN Harriers Athletic Club has launched a fundraising page in its efforts to secure a new synthetic running track.

In 2015, the club were among the major beneficiaries of the Sports Capital Funding – obtaining €200,000 to go towards the track.

Recipients of Sports Capital funding have to raise a percentage of the costs themselves – Lucan Harriers need the support of the public to get the project over the line.

The upgrade will potentially see the Harriers Newcastle Road track become a premier athletic venue in West Dublin.
The club hope to replace a 30-year old cinder track which is in “serious dis-repair.”

According to club sources, the new track will be a “great addition to the sporting infrastructure of Lucan, and a facility that all the schools in Lucan will be able to avail of.”

“With a growing juvenile section in the club, there is no doubt that having a state-of-the-art track alongside the floodlights already in place, will enable our young people reach their potential locally,” said a club spokesperson.

Lucan Harriers was established in 1978, and have members aged from seven to over 60 years involved in running and athletics.

The club has enjoyed recent success with its juvenile members winning gold medals on the national stage, and their Masters Ladies setting national records at the recent indoor championships.

Visit https://goo.gl/2chX43 for details on how to support.