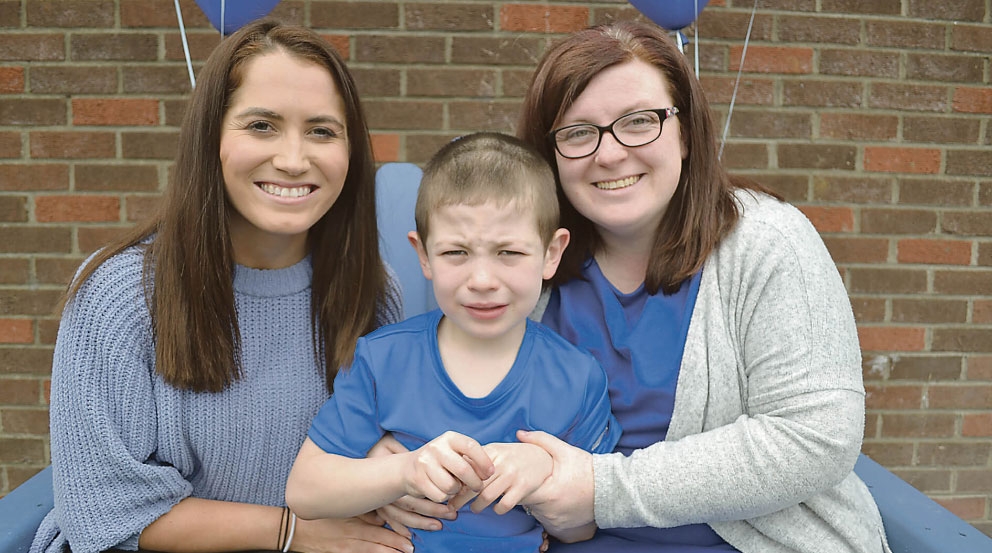 Autism is ‘not anything scary or hugely different’

A ‘BLUE Day’ for autism awareness was held for the pupils of Abacas Special School, the only autism-specific school in Tallaght, last week.

There are 30 students, who range from five-years-old to 18, enrolled in the Kilnamanagh-based school, which is located on the same campus as St Kevin’s Boys’ and Girls’ Schools and next to St Kevin’s Church.

The Blue Day was held to coincide with World Autism Awareness Week, which ran from April 1 to April 7, and it gave parents an opportunity to speak to their children about autism and celebrate their differences, and to raise awareness of the school.

Doireann Leonard, whose eight-year-old son Michael attends Abacus, told The Echo: “For us, the kids in St Kevin’s know that Abacus is here, but a lot of community don’t.

“It was a real chance for us to show people that we’re here.”

Ms Leonard added: “It was amazing, it was such a great day. The kids got sweets, they had their party, and the whole week [of autism awareness] gave teachers the opportunity to discuss autism with the kids.

“I think it gave everybody the opportunity to say, ‘This is what autism is – it’s not anything scary or hugely different.’”

The children in the school learn life-skills, and are a familiar sight in their hi-vis jackets in Dunnes Stores in Kilnamanagh, where they’re regularly brought by staff to make them more comfortable and familiar with a supermarket environment, and to give them confidence in purchasing items and being in a shop.

Ms Leonard said: “The staff are so dedicated, they absolutely adore the kids. Michael’s making his communion in May, and the staff are putting so much work in.

“They treat the children the same as any other child, and the more people who know the school is there, the more the kids will be accepted.

“The children are different, not less.”

Abacas became a school under the Department of Education and Skills in February 2011.

See this week’s Echo for a picture page from the Blue Day event.