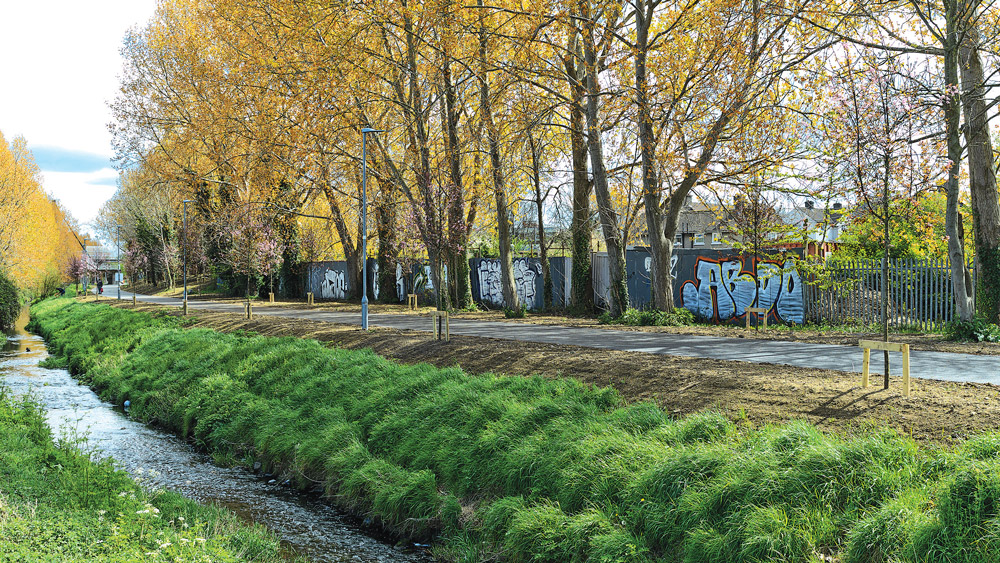 Avonbeg Cycle Scheme will be complete by July

Avonbeg Cycle Scheme to be complete by July

AN OBJECTIVE of the Cycle South Dublin Plan includes connecting Sean Walsh Park to Avonbeg Cycle Scheme, which is currently under construction, and by extension the Dodder Greenway.

This objective would require work at the Old Bawn Road junction, which South Dublin County Council has described as “a complex and large junction with many traffic and user issues”.

“It is to be examined under a separate project, for which preliminary design work has recently begun, a presentation was made to the Tallaght ACM in that regard,” stated an South Dublin County Council spokesperson.

Other updates on the council works include confirmation that the Avonbeg Cycle Scheme is expected to be complete by July, while the fence which runs along the open space/path area and St Dominic’s National School has been cleared of brush.

The former location of that brush has been re-planted with new planting along the fence line.

“As this grows, it will screen the fences from the view of the shared path,” said the council. The council supplied this information in response to queries submitted by Fianna Fáil councillor Charlie O’Connor, on behalf of local residents.