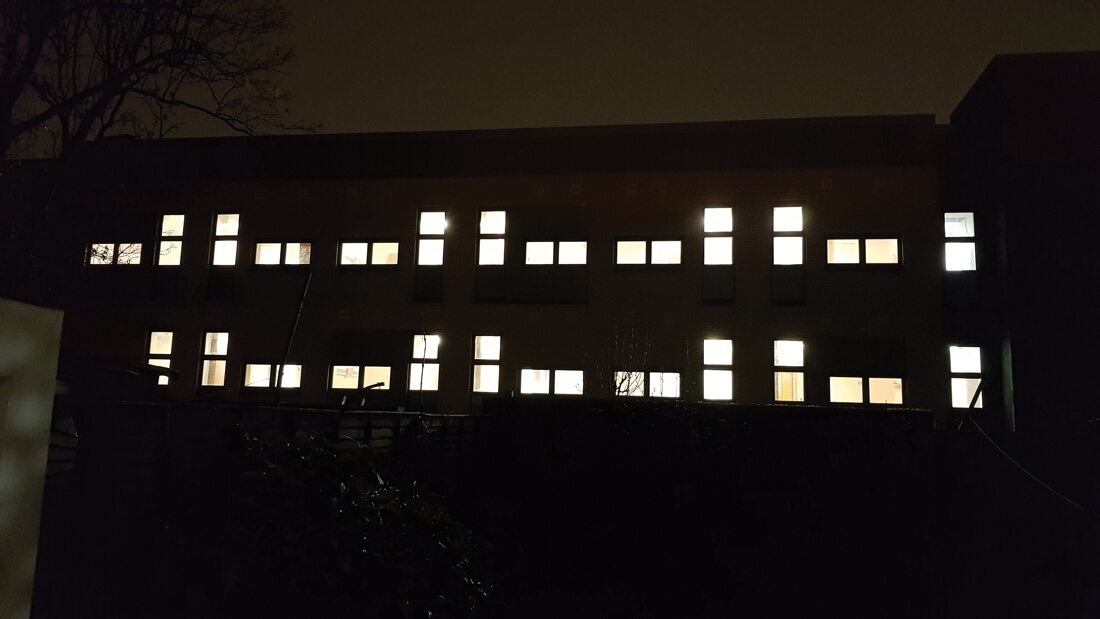 CLAIMS that the lights have been left on, every night, for the last year, in the new, but still vacant nursing home in Tymon North, have been raised with HSE management.

Residents living in the area have raised the issue of the lights being on, but with no-one home, at the 100-bed community nursing home,  due to be completed by the start of August.

Claims the lights have been left on in the building

Dublin South West TD Sean Crowe contacted the HSE on behalf of residents, who have raised a number of issues with the development.

According to Deputy Crowe, residents have spoken to him about their back gardens now being in constant shadow, with gardens and back bedrooms being overlooked by the four-storey facility.

Constant noise and dust during the two-year building process has also been flagged, along with the positioning of a waste compactor, which lies in close proximity to homes.

In relation to the lights being left on, Deputy Crowe said that alongside the serious impact light pollution is having on residents, it is an “awful waste” of electricity and money.

In its reply to Deputy Crowe’s parliamentary questions, the HSE said that external, corridor and atrium lighting are on time-clock and have the ability to be dimmed.

According to the HSE, the site is still in the possession of the main contractor, with HSE Estates liaising with the contractor, who is responsible for utility bills, on the lighting issue raised.

In relation to homes being overlooked, the HSE said the windows in question are all bedroom windows within the nursing home.

Deputy Crowe suggested that these windows could be made opaque or frosted.

However, the HSE said that this would “have a severe detrimental effect on the interior environment for the residents” of the community nursing home.

In relation to the compactor, the health service executive said that the compactor has been positioned next to the waste storage area “as per the approved planning drawings”.

Speaking with The Echo after receiving the HSE response, Deputy Crowe said: “This was not the response I was looking for – there doesn’t seem to be any real movement by the HSE.

“The lights being left on is just bizarre . . . why are the lights on all night?

“The light pollution is a serious issue for residents.”

He added: “The HSE should be trying to build links with the community, be a good neighbour.

“Some of these issues could be resolved and I’m disappointed with the response. There should be a little bit of give and take by the HSE.

“They are just pushing people away.”

When contacted by The Echo, a spokesperson for the HSE said that practical completion of the nursing home is expected by the end of July and start of August – with the opening date still to be confirmed.

The HSE also confirmed to The Echo that the contractor pays for all electricity usage while the site is in its possession.