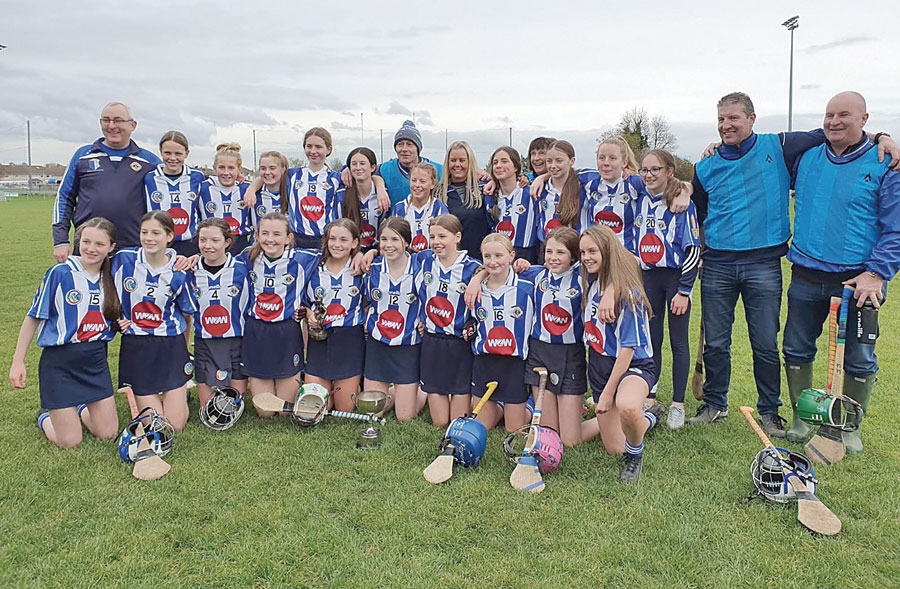 BALLYBODEN St Enda’s completed a league and championship double at the weekend when they captured the Under-13 Division One title with a 5-2 to 0-5 over St Jude’s in Bohernabreena on Sunday.

Goals made the difference with the Firhouse Road girls boasting five different goal scorers as they outgunned a plucky Templeogue outfit.

Eimear Kehoe put a shift in for the beaten finalists, splitting the posts on three occasions throughout, but they could not contain the rampant St Enda’s forwards.

Getting off to a fine start, Millie Larkin picked out Joy Ralph from 50 metres for her to find the net and within minutes Karrie Rudden doubled their tally after some nice build-up play between Kate Brosnan and Rachel Moloney.

Boden co-captain Emma Moran’s sideline cut was latched onto by Rachel Heavey, who goaled before Alexandra O’Reardon brought her side into a 3-1 to 0-2 lead by the interval with a classy point.

Liadh Murray and Elena McCarthy did offer Jude’s some hope with a point each, but the top-drawer scoring ability of Boden prevailed after the break.

Their fourth goal came in a nice move that saw Ruby Murphy solo upfield before flicking the ball off to Sarah Furlong for her to slot the sliotar to the net.

Lauryn Jennings puck-outs were clinical for Ballyboden and a contender for score of the game came when they bypassed any intricate plays and opted for some direct hurling instead.

The ‘keeper went route one from the puckout into the palm of Emma Fogarty – she bolted towards goal and fired between the sticks.

St Enda’s started finished the game the same way they started it, with a goal, which came from Rachel Vaughan to seal the victory.