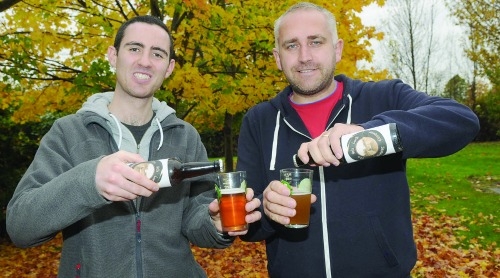 SOCIAL enterprise network Sedco are working on a plan to develop a site for a local cooperative microbrewery.

The Ballyfermot based group want to establish The 9th Lock Microbrewery – involve local people in the project, and reinvest capital and profit back into the community.

Popularity of craft beer continues to rise, accounting for 1.2 per cent of total Irish beer production. However, based on current Bord Bia studies and growth forecasts, it is likely to increase to 3.3 per cent over the next two years.

Sales of beer in general rose by four per cent in Ireland last year, attributed in part to the popularity of craft beers and the microbreweries who produce them.

Project developer for the microbrewery co-op Paul Hallissey is actively seeking enthusiastic people to come on board and be part of the project in the early stages.

Paul believes a projected growth in the craft beer market “year by year” presents the “perfect timing to set up a local brewery with “a social mission at its core.”

He said: “ If you look at the size of Ballyfermot, Clondalkin, Tallaght, there is no reason why a microbrewery cannot succeed. We identified the output of craft beer by production microbreweries in 2014 represented a 71 per cent increase on the 2013 figure.

“According to Bord Bia’s report, between 2011 and 2014, the output of production microbreweries rose more than threefold, and given the influx of new firms in 2014 and capacity expansion among older firms, output is expected to rise substantially in 2015.”

Paul, a self-confessed amateur brewer with a fondness for hops and pale malts, says the beer landscape in Ireland is “dominated by tasteless imported mass market lagers.”

He continued: “Our research showed microbreweries are forecasting a 64 per cent increase in output in 2016.

What makes plans for 9th Lock different is that unlike other many start up breweries, with the exception of the Boundary Brewing in Belfast, 9th lock will be a coop that plans to reinvest its profits back into the business in order to create much needed local employment.”

Sedco CEO Rónán Ó Dálaigh is “delighted to be working with Paul” to support his plans.

Rónán said: “The craft-beer market is growing substantially in Ireland and across Europe which means there’s great potential to create local, sustainable employment.

The business plan will be finalised shortly and 9th lock will seek funding in the New Year. Anybody who would like to be involved in the project can contact Paul at paul.hallissey@sedco.ie