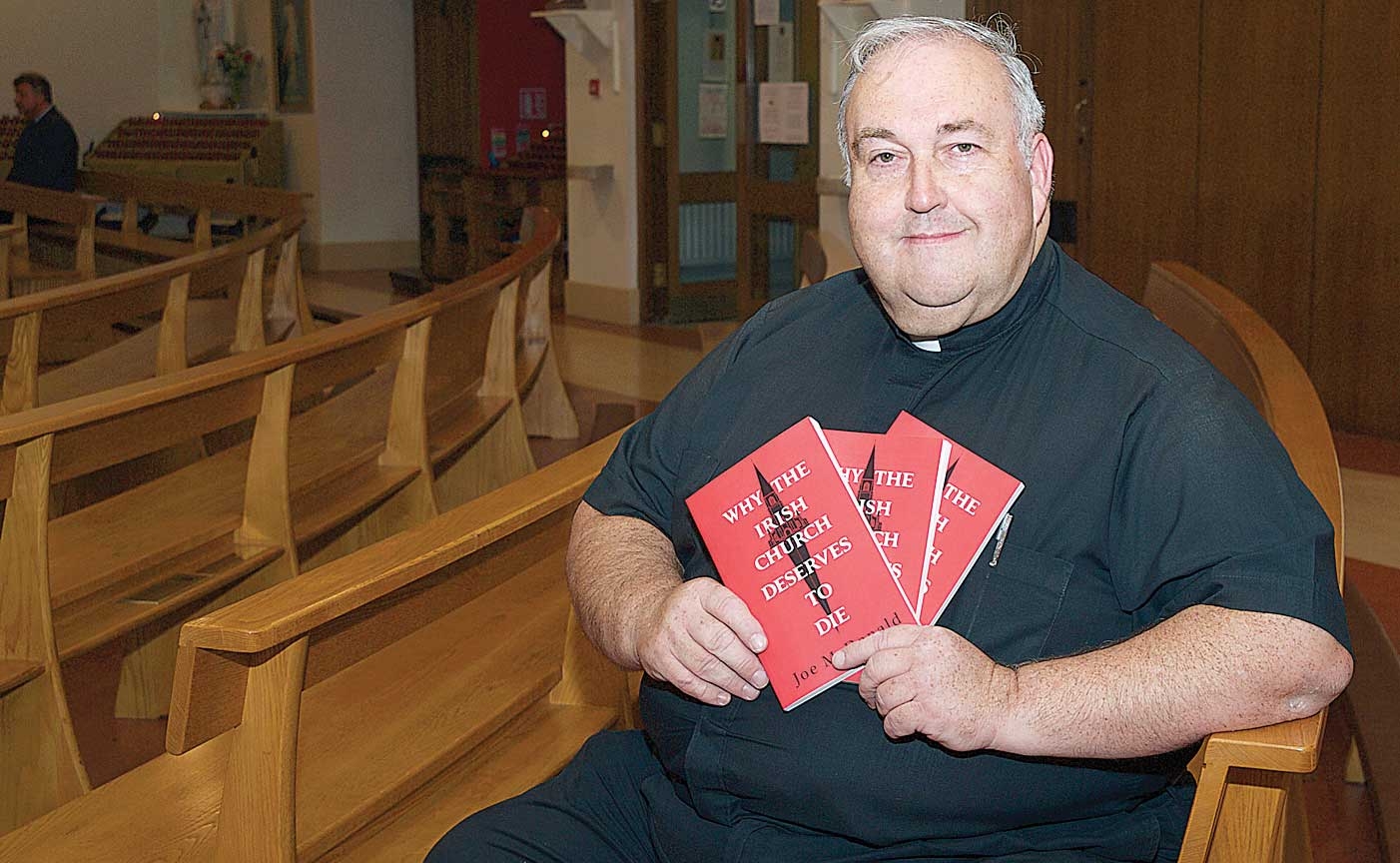 RELEASING a book entitled ‘Why the Irish Church Deserves to Die’ might seem a likely title for critics of the Catholic Church, and there have been many in recent times.

However, the most surprising aspect of a controversial new book launched this week, is that it is the work of a local Catholic parish priest.

Fr Joe McDonald, Parish Priest at St Matthew’s Church, has already received a backlash to the title, and that was before it was launched in Ballyfermot by RTÉ broadcaster Joe Duffy on Wednesday night at the church (October 11).

Speaking to The Echo, Fr Joe said: “People are already upset about it and they will be even more upset when they read it.

“Your next story might be about a banished parish priest, sent into exile, malnutritioned, and living somewhere in the wilderness outside the Hebrides.”

Known for his insightful television, radio and media appearances, local residents identify Fr Joe as a progressive priest, who has often spoken candidly about the need for the Church to move with the times.

He continued: “It’s something that has been on my mind for many years with the state of the Church in a number of areas. Including children’s communion, which is held far too early – they have no idea what is going on. Confirmation is another, it is time to start moving that to the age of 17.”

A gifted orator with the ability to captivate large crowds attending funerals and ceremonies at St Matthews, writing a first-book warning of a Church in its death throes was the next natural step.

“Ideally, this is to get the debate going,” said Fr Joe, who is originally from the Falls Road in Belfast and a parish priest in St Matthew’s in Ballyfermot for the last five years.

“A lot of people couldn’t care less, but I’m interested in people who may be willing to give it another go.”

The controversial title refers to a Catholic hierarchy that has fallen asleep at the pulpit, according to Fr Joe, who at the same time acknowledges Church scandals were not handled properly by those in power.

“A lot of people have been badly hurt by the Church and it is disgraceful the way they dealt with it,” he said.

“I’m talking about the abuse of people in power who put their own interests before that of abused children. Are people concerned that the Church is truly sorry?

“Are we accepting hurt and damaged people and whole other groups like gay people. If it is not a welcoming place, especially by people who made a mess of things, then we won’t change. We are supposed to be accepting of people when they come to us damaged or hurt.”

Finding a publisher for the book wasn’t easy, but Fr Joe eventually managed to get Columba Press on board.

“Many publishers wouldn’t take it on,” admits Fr Joe. “Joe Duffy kindly agreed to do the honours for the launch.”

Why the Irish Church Deserves to Die is available at select Eason stores from Thursday, October 12, and online courtesy of Columba Press at www.columba.ie – the small hardback is retailing at €12.95.