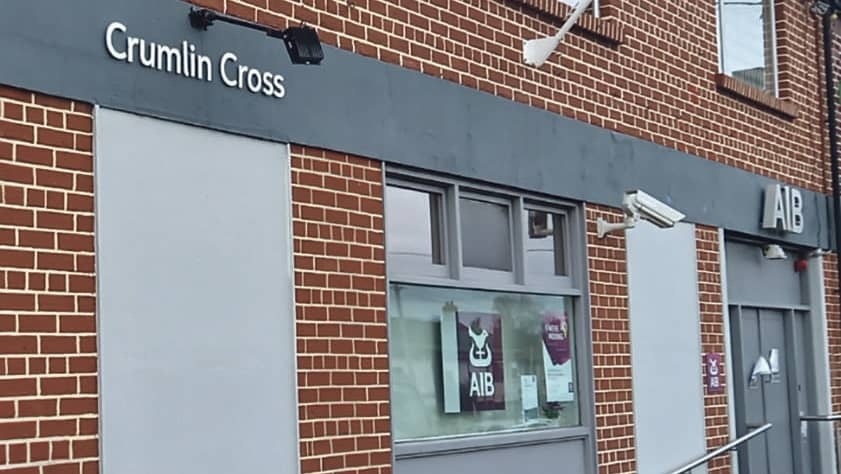 Bank is seeking removal of ATM and external signage after closure

AIB are seeking the removal of an ATM and external signage at its recently closed branch in Crumlin Cross.

The St Agnes Road facility was one of a number of AIB Dublin branches nationwide that have closed recently to the public – with accounts there moved to the Crumlin Road branch.

The bank announced in December that it plans to reduce its workforce by 1,500 by 2023 and merge a number of branches across the country.

The move comes on the back of an announcement by Bank of Ireland that it is to cut its branch network by a third with plans to close 103 branches across Ireland from September.

A further 88 branches are under threat as Ulster Bank winds down its operations in the coming years.

Overall, the total number of branch closures across banks and building societies in the Republic since the onset of the financial crisis is more than 500.

All three banks have cited Covid-19 and increasing demand for digital services as major part of the closures, but the closures have led to sharp criticism from unions, politicians and customers.

The proposed works by AIB Group for Crumlin Cross include the removal of individual pin mounted letters and signage outside the building.

AIB proposes the removal of the ATM and data box to the side of the former branch on Cromwellsfort Road – to be infilled with a new finish.

This element of the proposal will see the building return to the condition it was before the subject installations, according to the bank.