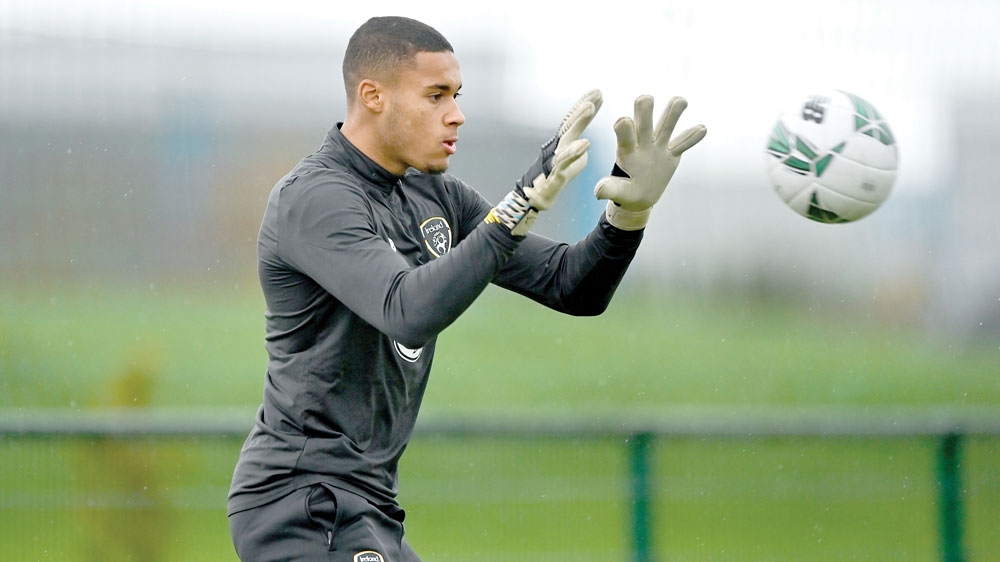 REPUBLIC of Ireland and Manchester City goalkeeper Gavin Bazunu is poised to make a loan move to League One outfit Portsmouth.

The Firhouse man is hoping to build on the experience gained with Rochdale when on loan there last season.

While 'The Dale' did suffer relegation to League Two, Bazunu enjoyed no shortage of game time and he will now be looking to take another step towards eventually cementing a starting place with the Premier League champions.

Certainly Republic of Ireland Under 21 manager Jim Crawford believes the Dubliner has the potential to flourish at the top, telling The Echo "I know he’s well received at Manchester City. They think very highly of him.

“He’s a fantastic attitude and always wants to learn, always challenging on how to get better and that’s important.”

Bazunu has also impressed Ireland senior team manager Stephen Kenny who brought the former Shamrock Rovers netminder into his panel for the first time back in March.

And trust in him appears to have grown steadily with the 19-year-old having started several of Ireland’s latest outings including their scoreless draw with Hungary earlier this month.

Now pushing for a starting berth in Ireland’s upcoming World Cup qualification campaign, Bazunu will also be hoping to play his part in Pompey’s bid to earn promotion to the Championship- something they were not far off at their last attempt that saw them just miss out on the play-offs.