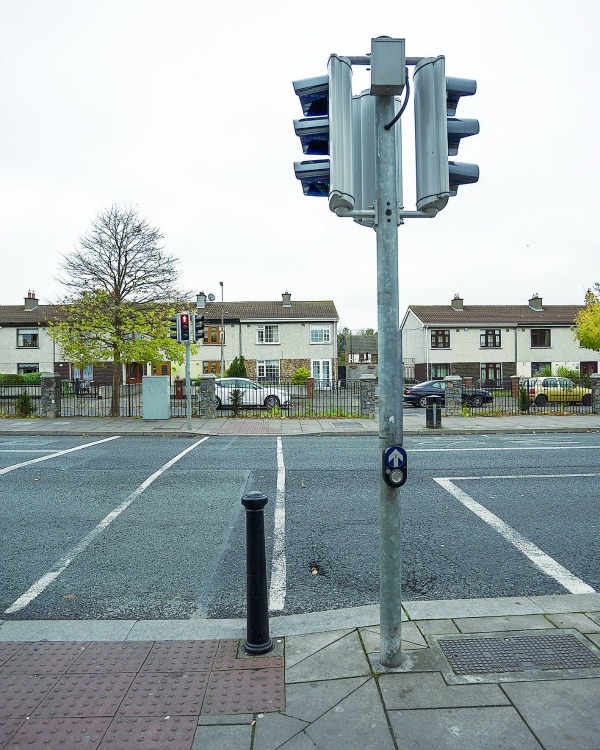 AN AUDIBLE pedestrian crossing signal in Grange Cross is causing sleepless nights for residents living nearby.

The audible signal was installed in April by Dublin City Council at the pedestrian crossing on Ballyfermot Road to assist people with impaired hearing.

However, the system has been vandalised three times since then – although it is unclear if this is due to sleep-deprived residents taking it out on the automated machine.

Independent councillor Vincent Jackson lives nearby, and says the high pitched “beep, beep, beep” sounds during the night are a major source of frustration for residents.

Cllr Jackson said: “It was installed in April as a new feature for people with impaired hearing. I have no problem with that, but it makes constant noise every two minutes, in the middle of the night, every night. It’s a little bit ridiculous.”

The audible sign works automatically – making noise whether someone presses it or not.
This particular pedestrian crossing has been a source of concern for residents in recent years.

It is located beside a bus stop, and the road has two lanes on one side.

Motorists’ ability to see the traffic light is impaired if a bus is picking up passengers, or cars are travelling towards the crossing.

“Cars can’t see if the lights are red or green, and often keep going,” said a local shop owner. An elderly lady was knocked down in a serious accident a couple of years ago.”

Cllr Jackson said he has repeatedly asked the council for a larger signal “to create a safer environment” at the pedestrian crossing.